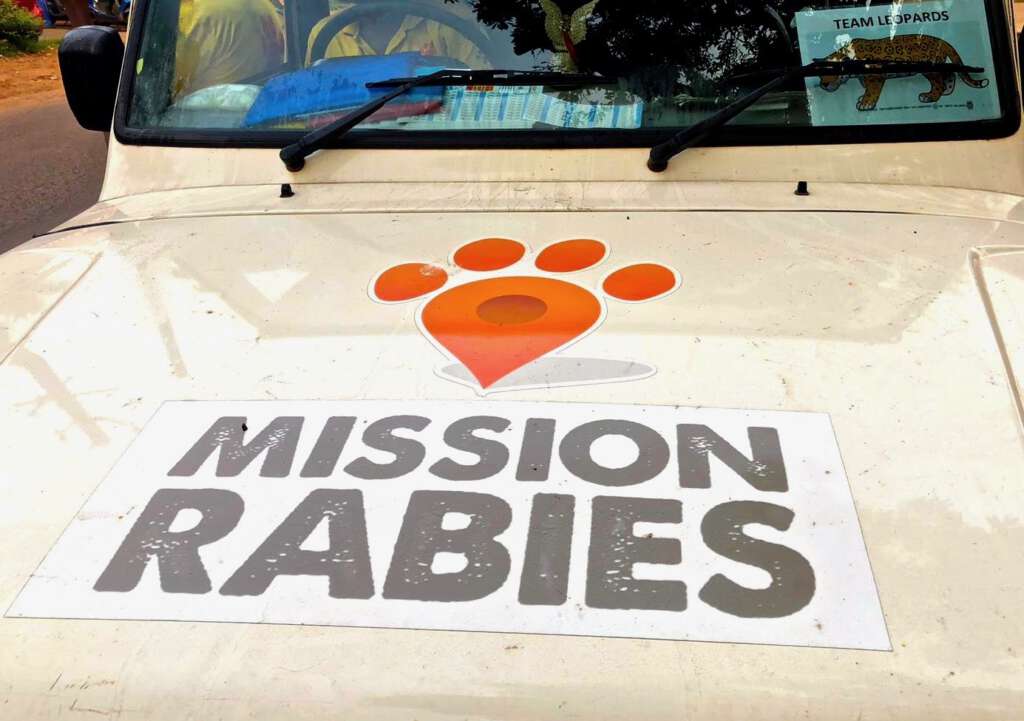 Regular readers of my blog know that even though I retired from veterinary practice three years ago, I’ve remained active in the veterinary community.  I still author the bimonthly “The Vet Is In” column for Catster magazine, and I still pop into Dr. Soboroff’s practice, New York Cat Hospital, every now and then to visit him and Dr. Sheheri and discuss interesting cases.

The most exciting veterinary work I do, however, continues to be my involvement with Mission Rabies.

Mission Rabies is a non-profit charity whose goal is to eliminate dog bite-transmitted rabies by the year 2030.  They do this through vaccination projects across the globe.  In October 2018, I participated in my first Mission Rabies project, in Goa, India.

Although the term is probably overused, “life-changing” remains the most accurate description of the experience for me. We vaccinated thousands of dogs, preventing many heartbreaking and unnecessary deaths from this deadly disease.

I made lasting friendships with the other volunteers and got to see Goa in ways that no tourist could ever imagine.

In January 2020, when the covid infection was still confined to China, I participated in my second project, in the Ashanti region of Ghana.  Once again, I made fabulous friendships with volunteers across the world, and met many wonderful Ghanaian veterinarians and residents.  We vaccinated thousands of dogs and received many expressions of appreciation from the grateful residents.  Most memorable for me were the children of Ghana.  They were polite, smart, friendly and fun, and they left an indelible impression in my head and heart.

I knew, after the Ghana project, that participating in future Mission Rabies adventures was going to be a regular part of my retirement.  With visions of exotic locales dancing in my brain, I checked their website and perused their upcoming projects. Choosing the next one had me feeling like a kid in a candy store.  But then… the Covid pandemic began to spread rapidly across the globe.  Upcoming Mission Rabies projects had to be scrapped.  I had my eye on their Tanzania project in January of 2021, but with the world so unstable and unpredictable, there was no telling if that project was going to still be possible.  After patiently waiting for the final determination, we received word that the Tanzania project was going to remain on the schedule, and I quickly secured my spot amongst the volunteers.

Speaking of lasting friendships, I am very fortunate to have fallen in with a bunch of great friends during my undergraduate college days at the State University of New York at Binghamton.  Although I was only there for three years (1978 to 1981), they were probably the most enjoyable and influential years of my life, and I have remained close with six of the guys I went to school with.

Every few years, we try to organize some sort of vacation together where we eat, drink, laugh, and renew our bonds of friendship.  Of course, the pandemic has curtailed this year’s plans, but we’ve fallen into a weekly zoom call routine, and that’s been terrific.  During our many chats, I’ve sung the praises of the Mission Rabies organization and their projects, and have shared many photos from my past trips.  One of the guys, Mike Rosen, was particularly taken by the idea of working with a charity organization that helps dogs (he’s a dog owner and lover) and people, in interesting parts of the world.

To my delight, Rosen said that he definitely wanted to participate!  I contacted Helena Mason, the Operations Office for Mission Rabies, and put in a good word for Mike, and he was awarded one of the volunteer spots.

It’s a long journey from New York to Tanzania. Mike lives in Portland, Oregon, making his journey even longer.  The plan is for him to fly into New York on the 11th, relax and spend the night at my apartment in NYC, and then we both leave together on the evening of the 12th, and arrive in Arusha, Tanzania on January 14th. Although I’m used to traveling on my own to the exotic locales of these Mission Rabies projects, it’s so much nicer to travel with a friend.

About two weeks ago, while exercising at the gym, I received an instant message from Petra, one of the volunteers on the Ghana trip.  She’s from the Czech Republic.

She and I (along with Anke, from Germany) formed a very nice friendship while working together in Ghana.

Petra asked me if I was participating in the Tanzania project.  I told her yes.  She said she was, too!  Now I’m doubly excited.  I can’t wait to see her again!

Helena has informed me that there are ten volunteers in total: 6 Americans (including me and Mike), three from the UK, and Petra.

Because Mike and I are both retired (and have chill, low-maintenance spouses), we don’t have to hurry back to the US.  After discussing it a bit with Mike, we decided to tack an extra week onto the trip and spend some time in Zanzibar!

Zanzibar is a semi-autonomous island off the coast of Tanzania.  It is famous for having beautiful beaches and for being the birthplace of Freddie Mercury.

Right after the rabies project comes to an end, we’re going to fly to Zanzibar, and spend six days there: three on the eastern coast (in Kiwengwa; see map) where the beaches are the most beautiful, and three on the west coast, in Stone Town, the capital city of Zanzibar.

Then we’ll take a ferry to Dar es Salaam, the capital of Tanzania, and spend two days there before flying home.  I love hot weather and I love the beach, and spending six days in resort hotels relaxing on the beach and drinking frozen cocktails sounds pretty nice.

Stay tuned to the blog for more info about the Mission Rabies project (and the Zanzibar afterparty).