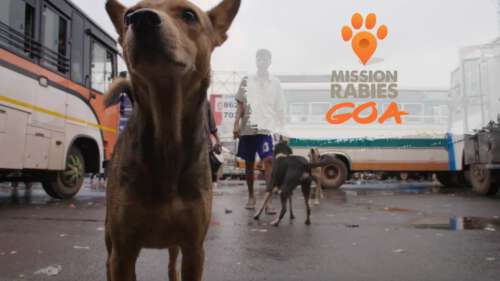 I’m sitting in the Mumbai airport.  My flight to Goa boards in 45 minutes.  Last night, after a smooth landing in Mumbai, I headed to Immigration/Passport Control.  I was amazed to find very few passengers, and tons of clerks manning the windows.  It’s almost always the other way around.  Getting through immigration was a breeze. I headed to the Arrivals Hall, and passed through it, to the transportation pick-up area to meet my driver.  The moment I set foot outside, my eyeglasses fogged up. It felt like I was standing in a greenhouse.  The humidity was shocking. I found my driver holding a Holiday Inn sign.  He was wearing long pants and a jacket. I don’t understand how anyone could possibly wear a jacket in this heat and humidity. He wasn’t the only one, either. He looked cool as a cucumber.  The driver made small talk, asking my itinerary.  When he heard that I was going to be back in Mumbai in three weeks, the hustle began. He is from Mumbai, he said, and he could show me all the important sights, etc.  I politely declined, but he wouldn’t give up. I humored him and took his business card.

The drive to my hotel took only 20 minutes, and was fairly uneventful until we got very close to the vicinity of the hotel.  The streets around the hotel were a beehive of activity.  Dozens of motorbikes zig-zagging through traffic, horns blaring. Fruit stands every 100 feet.  Cars, people, dogs, dust, trash… it was mayhem. We drove past it, and up an embankment to the Holiday Inn.  I was met immediately by a very polite bellhop who took my bags and directed me to the registration counter.  Check-in went quickly. I was asked if I would be taking dinner there, as there was a discount for me if I was interested.  I wasn’t hungry, just tired, so I declined. My room was pretty standard. Nice king-sized bed.

Actually, the room was pretty large, with a nice glass desk.  By the time I arrived to the room, it was 9:30 p.m.  I settled in for a bit, then decided to take a quick walk around the area before crashing. I wanted to experience some of the street mayhem for myself.

I left the hotel and strolled down the driveway toward the street.  Traffic was crazy, similar to Kathmandu and Saigon.  Crossing the street is quite an experience.  As in Vietnam, you just have to focus your eyes on your destination across the road, and then start walking there in a measured, deliberate manner, and drivers will anticipate your moves and dart behind or in front of you.  If you stop and start, stop and start, like a little squirrel, drivers will smash right into you.  I made it across the street okay, but there wasn’t anything really worth visiting. It was already night time, and there were no restaurants or cafes or shops. Just a few cellphone stores, a bakery, and many fruit stands.

Not a picturesque area, but interesting nonetheless.  I saw several street dogs, the kind that we will undoubtedly be capturing and vaccinating for the next two weeks.

I went back to the hotel, took a shower, took an Ambien, and slept like a dead man.

I asked Siri to wake me at 7:00 a.m.  Amazingly, I got almost 8 hours sleep, which is very unusual for me.  I never sleep that much.  I got dressed and headed to the breakfast buffet, for which I pre-paid 550 rupees, about $8.  There was a huge selection of dishes, and I loaded up on Indian foods for my first plate, followed by some rolls and cakes, and some fruit and yogurt.  I left totally stuffed.

I packed my suitcase, headed downstairs, settled the bill, and snagged my ride to the airport.  The ride to the airport was fast, about 20 minutes.  On the way, I saw many, many street dogs. I feel bad for them. I’m happy we’re doing good work, but it must be hard to overcome the feeling that no matter how many dogs you vaccinate, you’re barely making a dent in the overall population.

I had checked in for my Goa flight online, but when I got to the security area, they wouldn’t allow me through with a mobile boarding pass, and I had to go all the way back to the kiosk area and get a paper pass.  I then went through security, which was very hectic and disorganized.  It was there that I noticed that the water bottle that I brought with me from New York and had inserted into the side pocket of my backpack was no longer there.  I have no idea where along the way I lost it. I remember rinsing it out at the hotel, but I can’t say I remember re-attaching it to my bag.  I didn’t see it in the room before I left, but I don’t know how thoroughly I looked. In any event, it’s gone.  I’ll need to buy another one somewhere, because in this heat and humidity, I will absolutely need to carry water with me at all times. India is the last place on Earth that I want to get a kidney stone attack, which I’m prone to if I get dehydrated.  The times it’s happened in the past, it’s been in weather like this.

I’m now at the gate for my flight to Goa.  Boarding begins in 20 minutes, and the flight leaves 30 minutes after that.  The flight lasts one hour.  I’m not sure how long the drive takes from Goa airport to White Square Nirvana, the hotel where the Mission Rabies team is staying, but I imagine I’ll be safely ensconced in my room and unpacking my suitcase by 2:00 p.m.  For now, I’ll sit here under the huge ceiling fan here at the boarding gate, and enjoy the breeze.

Well, they changed the gate for our Goa flight at the last minute, and we all made a mad scramble to gate 25 (we were close by, thankfully, at Gate 23). Boarding went smoothly, but the flight was a bit delayed, and we arrived at 1:05, about 30 minutes late.

I found our driver, holding the Mission Rabies sign.  I was the first to arrive. I went off to the side, to wait for the other three Mission Rabies volunteers to arrive.  Immediately, I spotted a cute dog nearby, all stretched out on the ground, sleeping. I called her, and she instantly popped up on her feet, wagged her tail, and came over.  A real sweetheart.  I patted her and she really was loving it.

She had such a good nature, and such an expressive face.

I just fell in love with this dog.

It would be a dream if all of the dogs we set out to vaccinate on this trip had her good temperament, but I know that’s just wishful thinking.

The other members arrived:  James, Helen, and Courtney, all from the UK.  The driver then told us that we were waiting for two more, which I didn’t realize.  Then he told us that one of them lost or misplaced her passport and was going to be delayed, so they would come back and pick them up later.  We were on our way.  The van they took in was technically large enough for four passengers, but one seat was packed to the brim with our luggage, making it a tight fit.  I took the passenger seat up front, next to the driver, which is where I’m writing this blog post. The van is not air-conditioned. The windows are open and there’s a bit of a breeze, but we could really use some a/c.  The drive to White Square Nirvana, our hotel, is about an hour away.  The scenery passing by is very similar to other southeast Asian countries I’ve visited – Nepal, Vietnam, Laos, Cambodia, and Myanmar: lots of dust, little shacks with corrugated tin roofs, laundry hanging on clotheslines, stalls selling any number of items, dogs scavenging, and, in the case of India, cows everywhere.

We finally arrived at our hotel.  It’s very remote, in the middle of the countryside.  It’s like a small village.  There’s a pool and badminton court in the center, surrounded by small villas.

Each villa has a large communal room on the main floor when you walk in.

A stairway leads up to the second floor, where there are four separate room.  I lucked out and got my own separate room. The room has two single beds. One bed has a window behind the headboard.  Next to one of the beds is a nightstand with three drawers.

There’s a telephone on the nightstand, to call reception or the on-site restaurant, if necessary.  There’s an air conditioner, and a powerful ceiling fan overhead. During the day, the ceiling fan alone is fine.  At night, I suspect I’ll need both.  There is small balcony, but not much of a view. In the corner of the room is a table, with a small refrigerator below it. In the opposite corner is a closet with three shelves. There’s a television, although I never watch television when I’m abroad.  I should take a look, though, and see what Indian television is like.

The shower in the bathroom is open; no shower curtain. This is similar to rooms I’ve stayed in in Burma, Laos, and Nepal. I guess it’s a southeast Asian thing.

There’s a switch on the wall that you have to flip, and then you wait ten minutes for the water to become hot.

I unpacked my suitcase and strolled around the grounds.  This is a very peaceful, quiet hotel.  I went to the pool and sat on one of the lounge chairs and relaxed.  I was soon joined by Courtney.  She’s a fellow volunteer. She is a veterinary nurse from the U.K. We were soon joined by Paul and Martha.  They’re from upstate New York.  Martha is a veterinarian. Her husband Paul is a teacher. He also built Martha’s veterinary hospital. We all chatted for a bit, and then I went back to my hotel room and took a very nice, very necessary nap.  I set my phone alarm for 6:45 pm.  Woke up like a zombie, put myself together, and headed down to the main building, where some of my colleagues were gathered, chatting at the outside tables.

At 7:30, a buffet dinner was served.  Rice, lentils, naan, papadums, and other Indian fare.

Eating and chatting through dinner was really pleasant.  Everyone is so nice. I’ve already bonded with Dawn, Alyssa, and Claudia, and I really like Paul and Martha.  I don’t know the rest of the group very well just yet, but I’m sure that’ll happen very fast.

Tomorrow is orientation.  Breakfast is from 8:00 until 10:15 or so, and then we’ll all meet for orientation at 10:30.  Then we’ll break for lunch, and probably have the rest of the day to ourselves.  I’ve already made plans with Claudia, Dawn and Alyssa to take a cab to the beach!  Can’t wait.