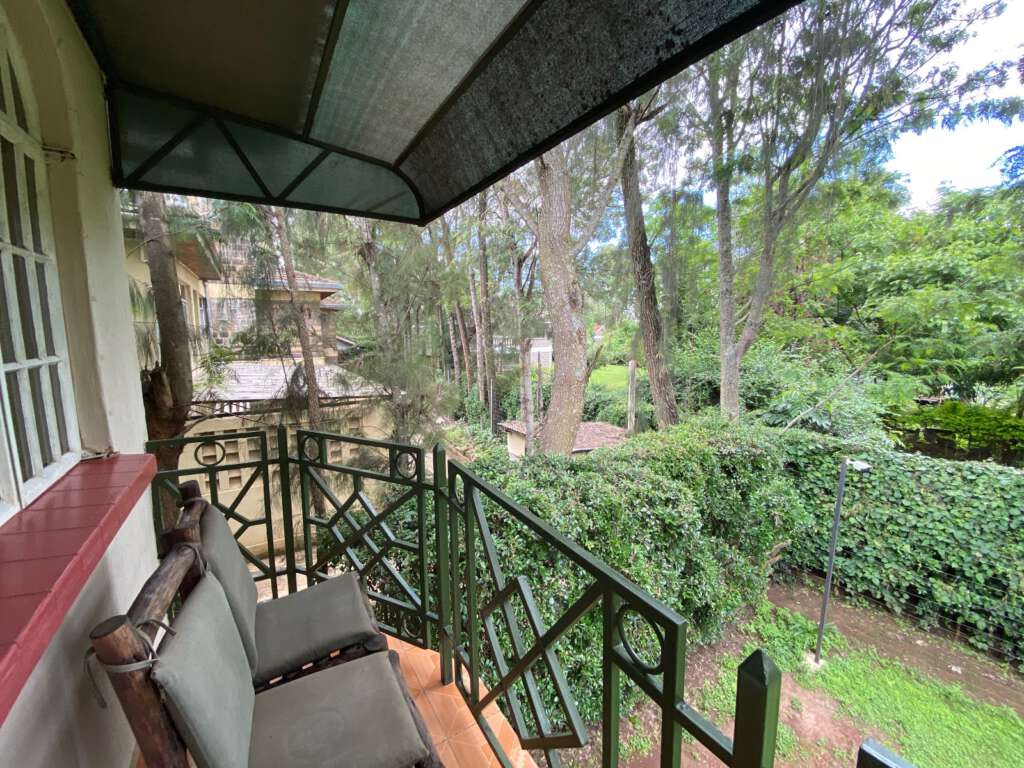 Every December, Mark and I try to take a big trip somewhere.  Mark works for a huge international pharmaceutical company, and his company closes down the week of Christmas, and the week after.  He will usually tack on a few extra days of vacation at the beginning of this stretch, giving us a little over two weeks to take a nice, lengthy vacation somewhere.  Last year, we went to Colombia and Curacao. This year, Mark really wanted to go to Brazil, but the amazon rainforest was on fire, and tourists being able to visit there was iffy.

We like going somewhere warm in December, which pretty much eliminates North America (other than Mexico) and Europe.  South America was in the cards, but we’re going to Peru in May, and we were just in Colombia the year before, so with Brazil off the list, South America was a no-go.

We both hate airport layovers, so I did some map gazing and some flight digging, and I discovered that there are direct flights from New York to Kenya. Because this is going to be a long trip (16 days), we like to add a second country if we can.  There were direct flights from Nairobi, Kenya to Dar Es Salam, Tanzania, as well as direct flights from Nairobi to Addis Ababa, Ethiopia. While in Dar Es Salam, it’s just a short ferry ride to the island of Zanzibar. That sounded pretty good to me, as I’m always up for the beach, and Zanzibar is a beachy dream.  However, Mark had heard about the incredible rock churches in the small Ethiopian city of Lalibela, and he really wanted to see them.

I was clueless about them, but I took his word for it, and set the itinerary. It would be a flight to Nairobi, Kenya’s capital and largest city, where we’d spend a few days. Then a brief flight to Mombasa, Kenya’s second largest city.  Kenya isn’t a landlocked country; the eastern coast looks out onto the Indian ocean, so we could get our beach fix after all. From Mombasa, we’d fly to Addis Ababa, the Ethiopian capital for a day or two, then onto Lalibela for three days, then back to Addis Ababa for a day or two before flying back to Nairobi on Christmas day and spending our final days in Kenya before flying home.  An ambitious itinerary – four cities, five hotels, six flights.

The flights and hotels were reserved in September, and I began researching specific tours and itineraries.  Once those were booked, all we had to do was wait until the departure day arrived.

Of course nothing in life goes totally smoothly, and two things cropped up that threatened the trip.

In March, I took a trip to Thailand for a feline spay and neuter project in Chiang Mai.  I spent a few days in Bangkok beforehand, since I’m a retired leisure commando. While in Bangkok, I had the worst kidney stone attack of my life, requiring hospitalization and lithotripsy.  This nightmare was still fresh in my head when I began feeling a few kidney twinges in October. They were minor little twinges, no outright pain, but it had me paranoid, and I had begun to drink like crazy to see if I could head off any problems.  My kidney stone incidents over the past 20 years (first episode: July 4, 1999) have made me very attuned to what’s going on in my entire urinary system, and during these weeks in October I would feel a twinge here and there, and could sometimes feel tiny little things (mini-stones? sand?) passing through my ureters and out of my body.  So as the date of the trip approached, my worries increased. Mark urged me to see a doctor, but I was reluctant. What could they do? If they tell me I have a stone(s), I wouldn’t cancel the trip. I would just hope that they would remain quiescent until some later date. But three days before the trip, I experienced a mild (but definite) bilateral squeezing feeling involving my kidneys.  Paranoia set in, and I impulsively zoomed myself over to the emergency room at Beth Israel to see if I could get an outpatient CT scan. Fortunately, the ER was pretty empty and I was taken in quickly. I explained to the nurse why I was there. She found me an unoccupied bed, and I hung out there, waiting to speak to the attending physician.

About 20 minutes later, the doctor showed up.  I explained my past history in detail, and he immediately understood my concern about this trip.  I could tell right away that the doctor was gay, and he could tell that I was, too. Most heterosexuals don’t know the extent of our secret underground gay cooperation network, and I won’t violate our oath and spill the beans, but the doctor arranged the CT scan pretty fast and got me in and out of radiology department pronto.

The CT scan showed one small (3 mm) stone within the kidney, nowhere near the renal pelvis.  In other words, migration of this stone into the ureters didn’t seem imminent, and if it did occur, the stone was pretty small and would be likely to pass.  They sent me home with Tylenol with codeine, and with tamsulosin, a drug that dilates the urinary passages and makes it easier for stones to pass through. I’d have this medicine with me on my Africa trip, just in case.

The info was sent to my urologist (who I’ve only seen once), who sent me a message (through his receptionist) that this is unchanged from my last visit.  This was a surprise to me, because after I got back from Bangkok and visited him, he ordered an ultrasound and said that no stones were visible after my lithotripsy.  Ultrasound isn’t as sensitive as a CT scan for detecting stones, but if I recall correctly, I think he didn’t want to do a CT because I had already had two of them, and a bunch of x-rays in Thailand, and maybe that was a bit too much radiation in a short period.  I e-mailed him about it, but he’s apparently one of those doctors who seem to avoid communicating with his patients. He never answered my e-mail. I hate doctors like that. Anyway…

I don’t know if there was a psychological component to those kidney twinges or not.  I tend to be pretty together, mentally, and I don’t see myself as succumbing to these kind of stresses, but whatever.  Once I got the CT scan and it looked favorable, all kidney discomfort magically disappeared.

The other pre-trip issue concerned my cat, Mittens.  She’s 14.5 years old. She has been receiving medication for inflammatory bowel disease for many years and had done very well.  Before the diagnosis and treatment, she used to vomit very frequently, sometimes as often as four times a day. Once the diagnosis was made and treatment was administered, she stopped vomiting, and she’s been stable for years.  Well, about two weeks before the trip, she began to vomit, and developed diarrhea. Vomiting wasn’t a shocker, but diarrhea was something new. I examined her myself and was very distressed to feel a golf-ball sized tumor involving her colon.  This explained the diarrhea and vomiting. I knew from experience that this was likely a colonic tumor, probably high-grade lymphoma. I brought her to my former hospital, and had an ultrasound performed. The results confirmed my suspicions: a tumor of the colon that was beginning to constrict the passage of stool.  Ten days before departure, and my beloved cat has a major medical issue. What to do?

Lymphoma is usually very chemotherapy responsive.  Would there be any way to arrange treatment for her and still be able to go on this trip?

I decided to take her to New York Cat Hospital, owned by a colleague, Dr. Peter Soboroff.  Although Peter started his cat hospital about two years after I started mine, in relatively the same neighborhood, I’ve never considered him to be a competitor.  I’ve always thought of him as a colleague. I figure if he’s a veterinarian willing to open a hospital and devote himself to feline health, he must be a pretty cool guy.  He is. We’ve had a great working relationship for years. My former hospital no longer performs chemotherapy, a decision made by the new medical director. Peter still does.  I could have taken Mittens to Blue Pearl, but they see cats and dogs, and Mittens is a sensitive cat who would definitely get stressed in the presence of dogs. I brought her to Peter’s hospital, and had him board her there for 16 days.  Here, she’d be watched closely by true cat people, and would be able to receive her chemotherapy easily. It was a no-brainer.

Of course, a major concern would be my ability to zoom back to New York if she did not respond to therapy and her condition declined.  If you’re in Addis Ababa and you get word that you need to come home, you can’t just hop on a plane and be there in a few hours. It would probably take two days.  The plan was to keep in touch with Dr. Soboroff via text, and if her condition deteriorated to a point where her quality of life was poor, I’d give permission to euthanize.

(UPDATE: It is now five days after returning from the trip, and Mittens is sitting in my lap as I type this.)

Back to the story: with my kidney stone issues settled, and Mittens safely nestled in Dr. Soboroff’s hospital, we’re off to Africa!