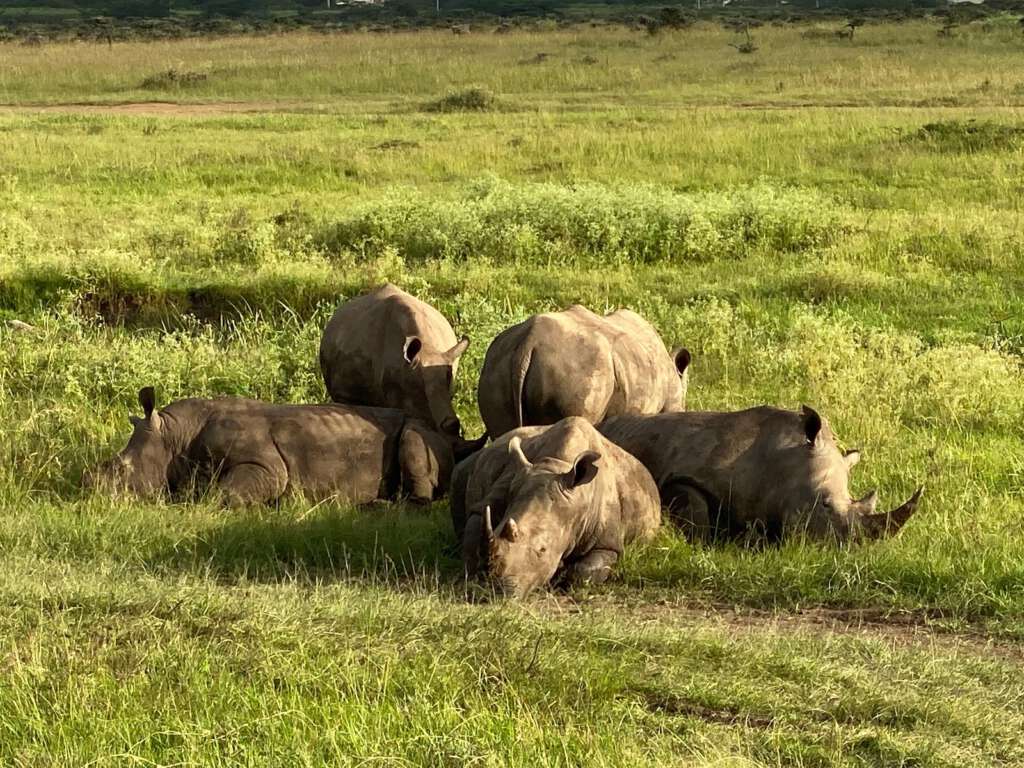 We landed in Kenya and were taken to Acacia Tree Lodge. This was a lovely hotel. We settled in and then tried to figure out what to do on Christmas day in Nairobi, January 2020.

In Ethiopia, Christmas and New Years are ordinary days, because they use a different calendar.  Their New Year is in September and their Christmas is in January. There’s also a seven year difference, so you’re about 7 years younger when you’re in Ethiopia.  In Kenya, they use the normal Julian calendar.

The mall had some nice shops and restaurants inside.  There was an electronics store that had a really solid, strong selfie stick for an excellent price, and I ended up buying two of them.  I don’t know if there were a lot of kids at the mall because it was Christmas day, or if taking the family to the mall is a typical Kenyan activity, but either way, the mall was a big family affair.   We had a good time there, eating and shopping.

The next day, we were picked up at our hotel early in the morning for our first safari: a half day excursion into Nairobi National Park.  The park is right in town, so it’s not a long drive.

First, we had to stop at another hotel to pick up one other person, a very nice guy from Lagos, Nigeria.  Then we drove to the safari park.

Before we drove too far into the park, the driver took us down a side road for us to see an ivory burning site.

They’re very against poaching here, and any confiscated ivory is burned here. Below are two piles of ashes from the burned ivory.

We saw a fair number of animals on the drive: Most common were impala, buffalo, rhinos, and giraffe.

We did see an ostrich, some ibis, a crocodile, hippo, warthog, great crowned crane and a grey heron, too.

We saw a little impala family: mom and baby, with dad following behind.

There weren’t that many giraffes.  (Tomorrow would be a totally different story.) I did see one off in the distance.

This was a great introductory safari for us.  The park is right here in Nairobi, and the group was very small, so there was no jockeying for position in the van; everybody had an excellent view.

That being said, the safari the following day, at Lake Nakuru, was much better in every way, as you’ll soon see.