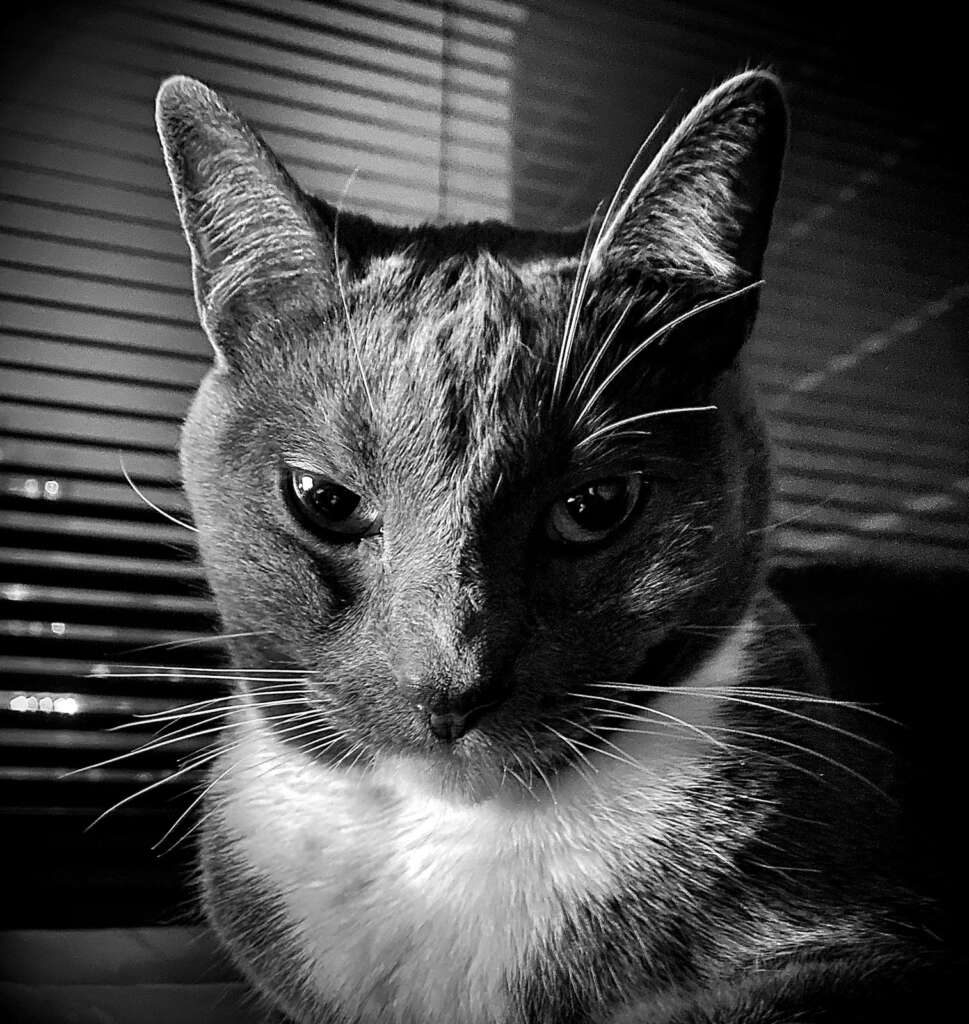 Today was very cold out, and I had a million things to do in preparation for my upcoming trip to Tanzania, so I didn’t get to go out today.  As my fallback, I employed Glitter, my muse, in the service of this project and got a lovely portrait of her as she sat on my printer.

I went to Elmhurst, Queens today to do some grocery shopping at some Asian and Latin markets there.   As I was crossing Roosevelt Avenue, I thought the overhead railway would make a good photo.  The original photo was good, but editing it in high-contrast black and white really gave it a good look.  The cars looked like sedans from the 1940s and the train station reminded me of the movie The French Connection.  That became the photo of the day.  Here’s the photo, followed by the original.

I also took a photo of a guy sleeping on the train.

And a portrait of Mark on the subway platform.

Picture of the day was these two people…not sure if they’re both men, both women, or one of each, but the pink was striking, as were the Hello Kitty masks.

People on the escalator at Marshall’s.