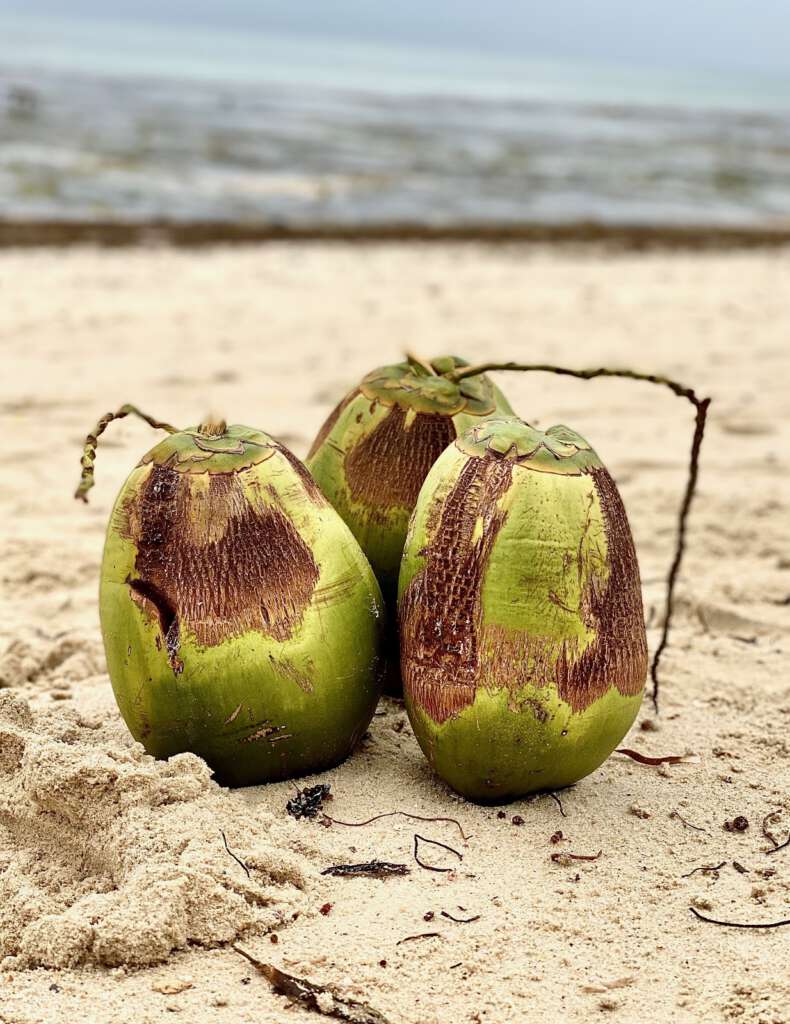 Mombasa is the second largest city in Kenya after Nairobi, and it’s on the coast.  There’s city stuff to do, and beach stuff to do. In all of the guidebooks that I had read, they recommended staying at a beach hotel and NOT in the city proper, as there are potential safety issues for tourists.  Diani Beach was the recommended area, so that’s where I booked our hotel. I’m still not sure if this was a mistake or not.

The flight from Kenya to Mombasa was definitely eventful, and very hot, without proper AC in the cabin.

Once at the Mombasa airport, we were met by a driver from the hotel.  She said that we were about 90 minutes away.

Here’s the issue with Mombasa:  To get to the nice southern beaches, you have to cross the water, and the only way you can do that in a car is by ferry.  The traffic leading to the ferry is bad. Really bad. Really really really bad. A fucking nightmare bad.

After about three hours we made it to the ferry.  And we just barely got on it! There was only one car behind us, before they closed it off.

After we crossed the water, she said that the rest of the ride should be smooth sailing.

Thankfully, the hotel was beautiful; Amani Tiwi Beach Resort.  Diani Beach is on the southern coast of Mombasa, and the beaches there are very pretty.  A lot of hotels are located around there, and they are primarily beach resorts. This place had several restaurants, a huge swimming pool, several souvenir shops, a gym, a spa… the works.  The place was huge. (more photos of the resort on their site)

By the time we arrived, evening was descending, and dinnertime was approaching.  The main dining option was the enormous buffet at the on-site restaurant, so that’s where we headed.

I love the beach.   Beach vacations, beach resorts… the whole atmosphere relaxes me and makes me happy. The hotel offered options like scuba diving and boat excursions, but the main activity seemed to be hanging around the enormous pool.

The pool snaked its way through the entire resort.

There were a lot of families at the resort, and they preferred the giant pool.  This gave us the beach practically all to ourselves!

It was a pretty little beach, with palm trees.

We had it all to ourselves.

We spent most of the time just hanging out on the lounge chairs and hammocks.

The beach was quiet and peaceful, and we strolled on it for a bit.

It was a very relaxing afternoon.

We sat at the beach bar and had a few drinks. The pool was hard to ignore, and we had to eventually check it out.  Early in the day it was crowded, but by this time of the afternoon, it was pretty empty, like the beach.

Fearless monkeys come down from the trees and peruse the place for food scraps.

We had dinner at the huge buffet again, and then called it a night.  We had to get up really early, to make sure we got to the airport on time. We played it safe and allowed three hours to get to the airport, even though the concierge said that at the time we would be leaving, traffic shouldn’t be a problem.  Given the nightmarish traffic on the way in, I wasn’t about to take any chances. Of course, this time it only took an hour, so we were at the airport super early. The ride to the airport was interesting.

Knowing what I now know, I’m still not sure how I would schedule things differently.  There are beaches north of Mombasa, allowing you to get into the city without having to deal with that ferry.  Whether those beaches, and the hotels, are as nice as the one we stayed at is a question I can’t answer. Did we really miss out on seeing great stuff by skipping downtown Mombasa?  A few people said that it’s dirty and dangerous and we didn’t miss much, while the guidebooks all say that the sites are fairly interesting. Mark and I like grittiness, so I suspect we would have liked the downtown.