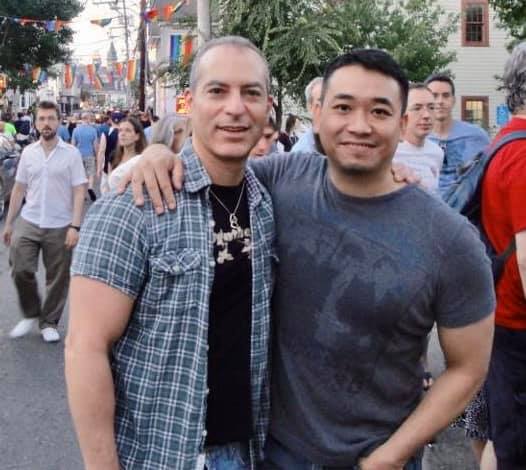 Once upon a time, I spotted a sexy, shirtless young guy on the dance floor of the Roxy. I looked at him, and he smiled at me, but we didn’t speak to each other. Later that week, I exchanged pictures with a guy in an aol chatroom. Lo and behold, it was the guy from the dance floor! He lived in Philly, but planned to move to New York soon. We made plans to meet up the next time he came to New York. Two weeks later, he showed up in the lobby of my building (with flowers!) for our first date.

I’d say we hit it off pretty well.

Happy anniversary, Markie. My sweetheart, my best friend, my rock. The yin to my yang. I didn’t expect the honeymoon phase to last 20 years! Let’s see what the next 20 has in store.