July 25, 2015 Arnold Plotnick
Day 5 – Goodbye Amsterdam, Hello Paris
(Continued from Day 4)
Day 5 of our trip was mainly a travel day, but we had the entire morning to do something in Amsterdam.  I was considering the Rembrandt House, or maybe the zoo, but Udi was free that morning, and offered something pretty neat.  He said that if we wanted, he’d take us into the countryside and we could visit some little villages.  I thought that sounded great, so we got in his car, and off we went.
On the way, I actually saw a Dutch windmill.  Finally. 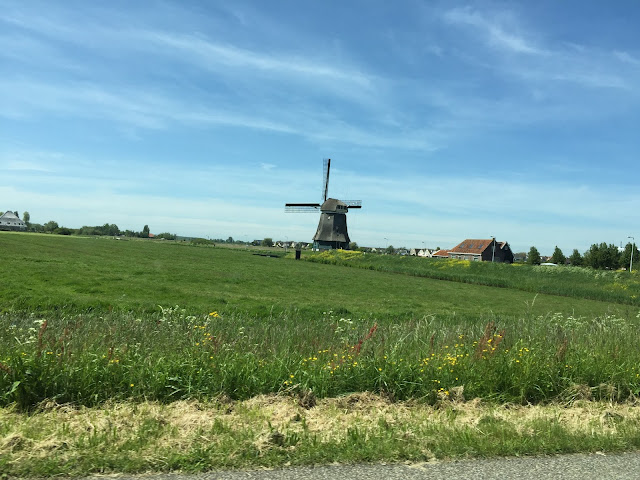 We passed some really small villages, and lots of grassy, marshy areas. 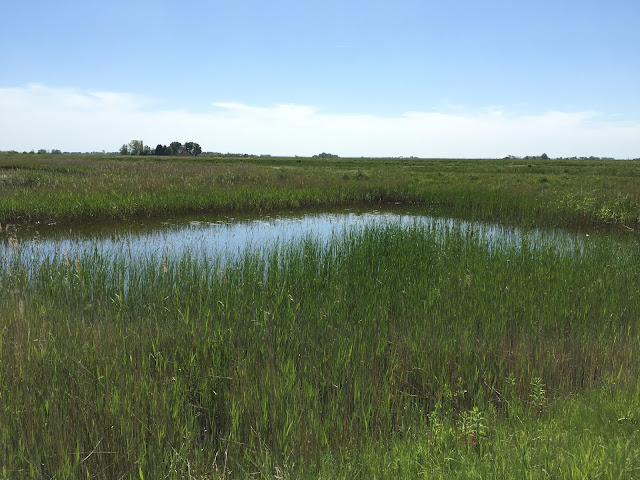 We stopped in one little village and checked out the streets 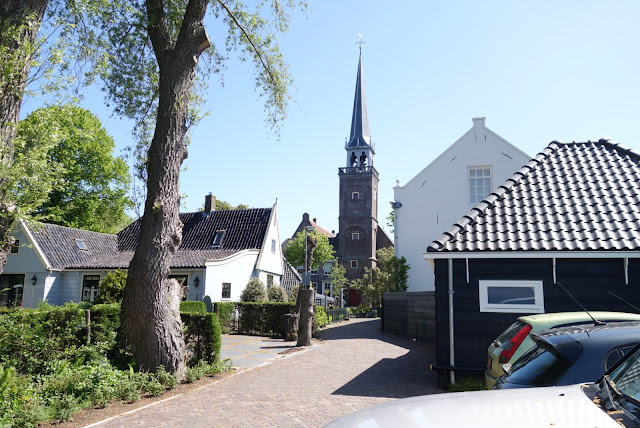 Nearby was a field where the local kids were playing soccer.  Amsterdam was only an hour away, but out here it felt like we were in another country. 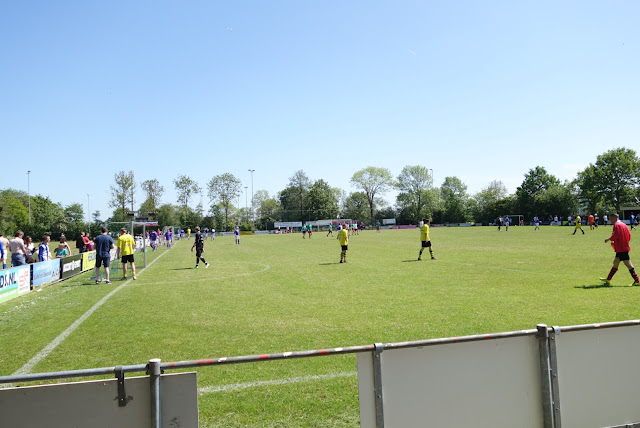 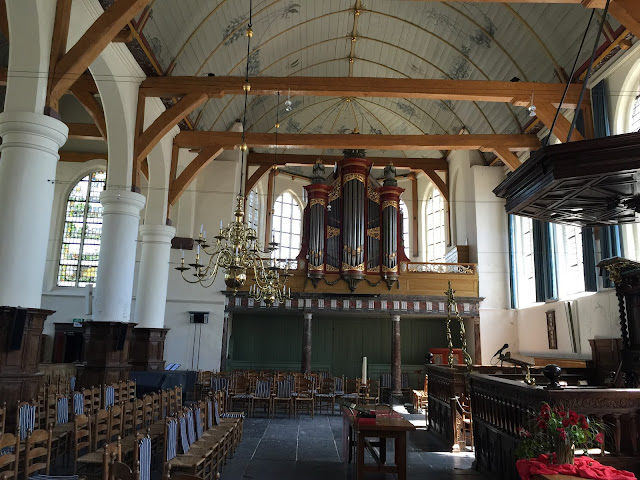 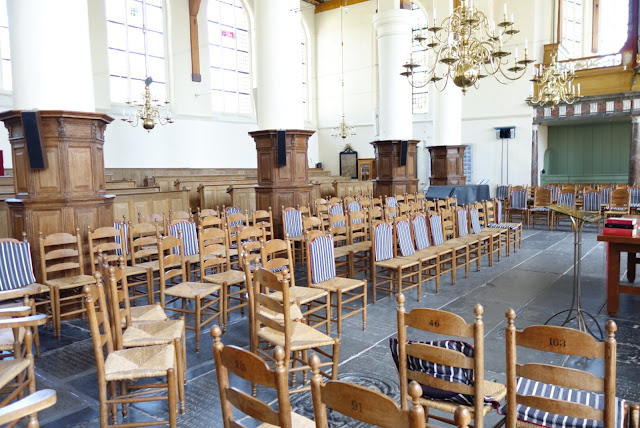 The floor of the church was actually composed of graves, some of which were very old. The stained glass was pretty old, too, and gave a historic account of the town. 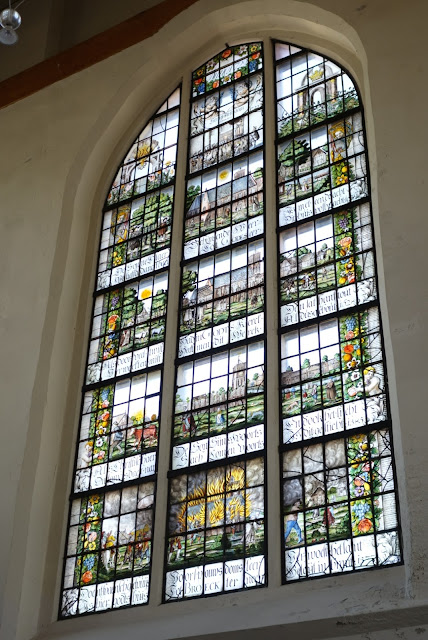 Other parts of the town were very cute, like this little bridge 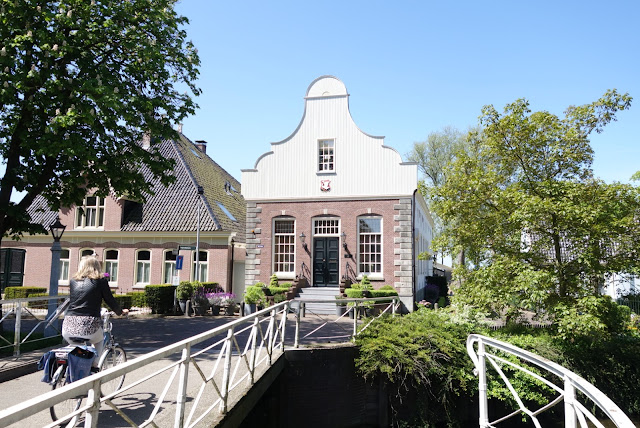 and this cute little boat slip 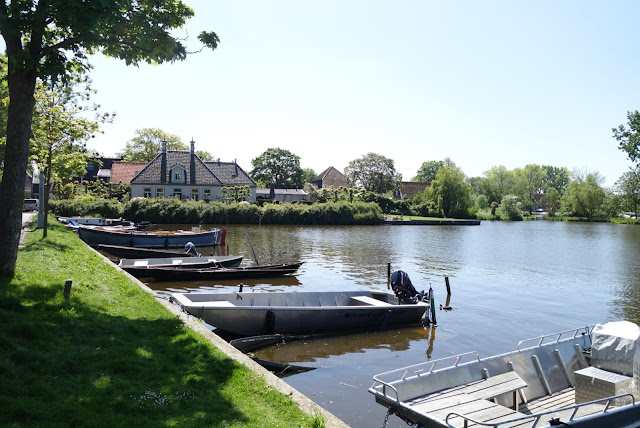 There were little canals that locals used to kayak around on.  Nice wholesome small-town fun. 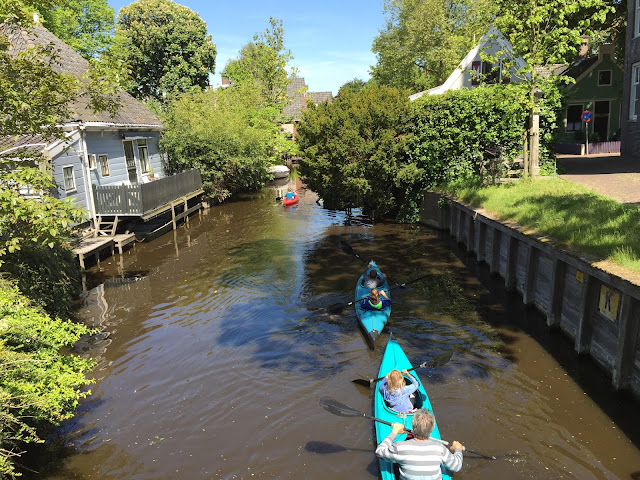 We found a small restaurant in town serving brunch.  Pancakes were the specialty.  The Dutch do it a little differently than we do.  These were more like crepes, but not folded over.  They had sweet ones and savory ones.  They were great. 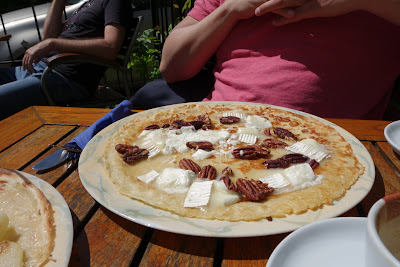 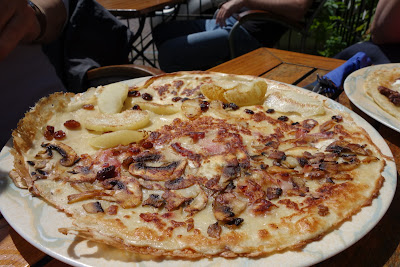 The one on the right is sweet on one side, savory on the other.  Really tasty.

Next, we hit the road and visited the town of Edam, where the cheese originated from. 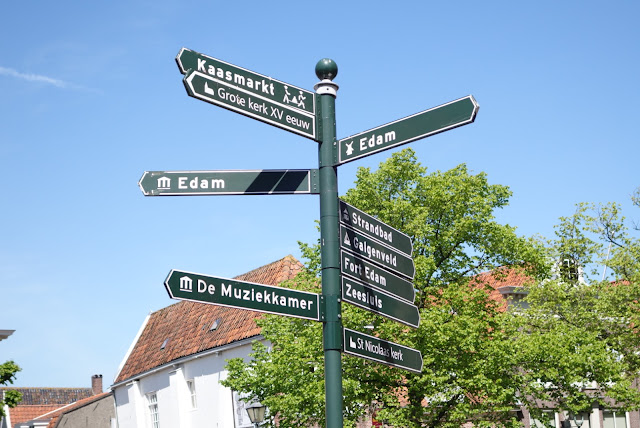 The little center of town was very quaint. 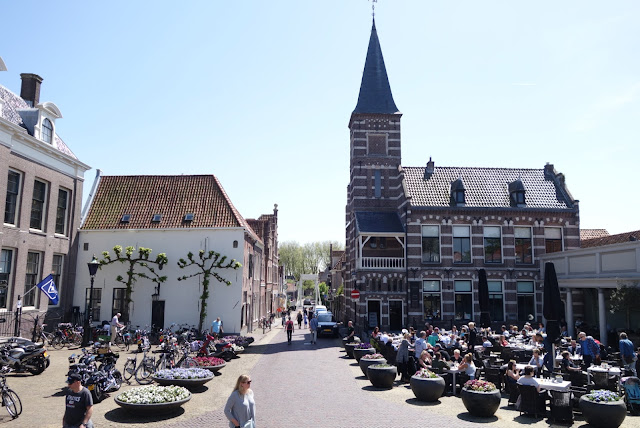 There was a nice cafe right outside the city hall. 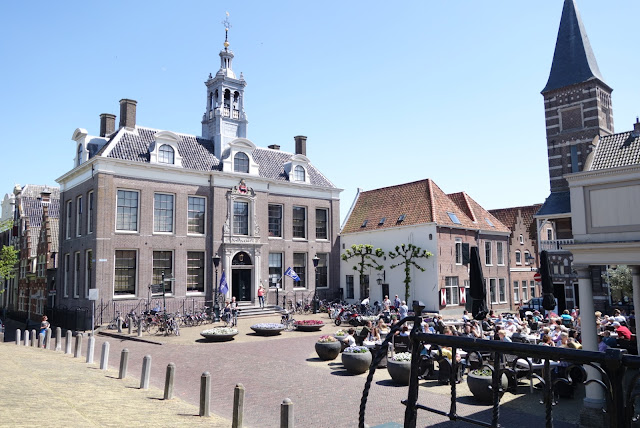 The cafe sold Liefman’s fruitesse, a cherry flavored beer that became my favorite drink on this trip.  Unfortunately, I can’t find it anywhere here in New York. (Actually, a store in Williamsburg sells it.)  Oh, the apple pie and whipped cream weren’t too shabby, either. 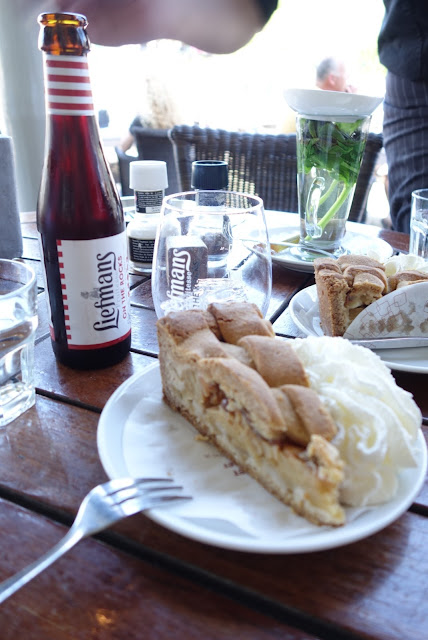 And with this lovely dessert as my final meal in the Netherlands, we headed back to Amsterdam and Centraal Station, where we caught an afternoon train to Paris.
The ride was a breeze, and we arrived at our hotel, the Golden Tulip Little Palace, in the Marais district, in no time at all. 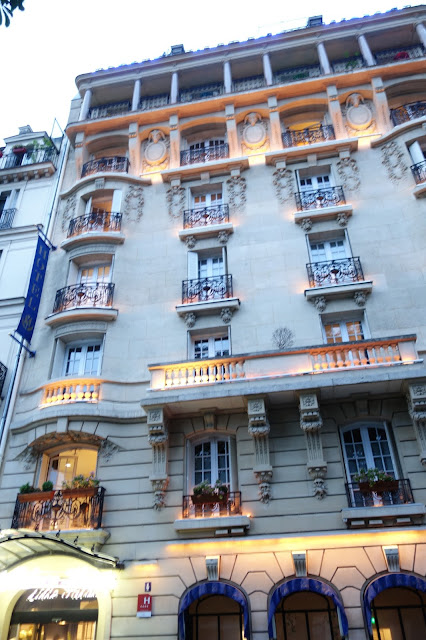 The room was pretty cute.  It had a balcony that looked out over a small public park. 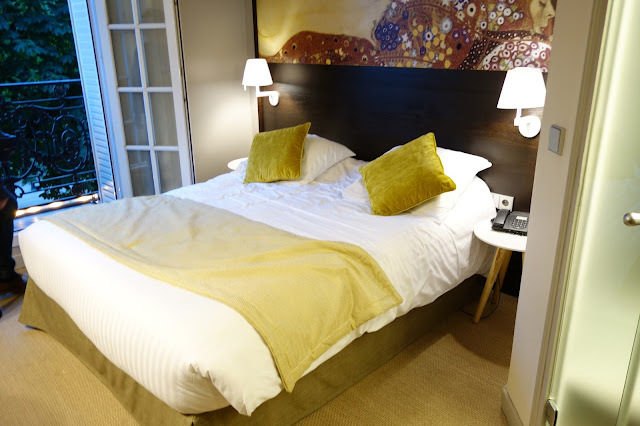 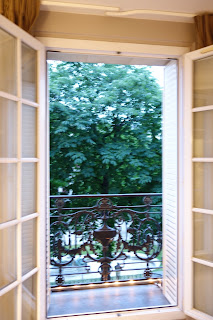 The view out our window, from the little balcony, was pretty nice.  The Metro was right next to the park. 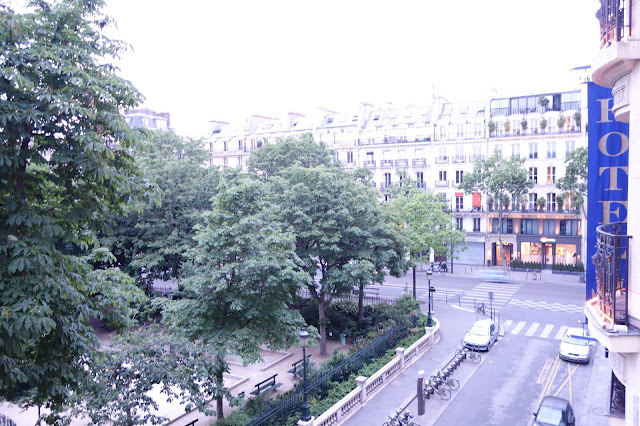 We got settled in, then strolled south, into the heart of the Marais, to soak up the atmosphere and grab dinner.  The Pompidou Center was lit up pretty nicely. 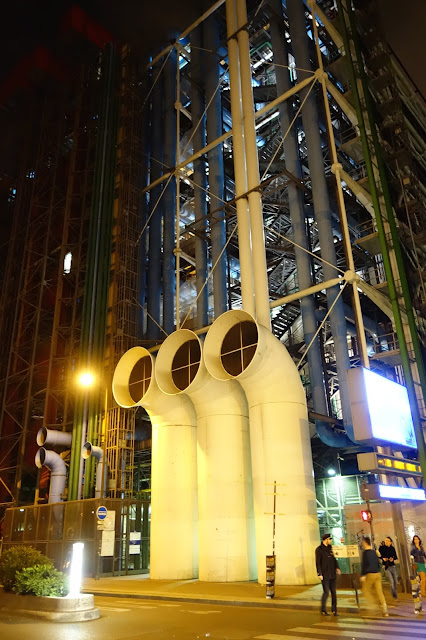 We had dinner at Les Philosophes, a very French restaurant with outdoor seating. 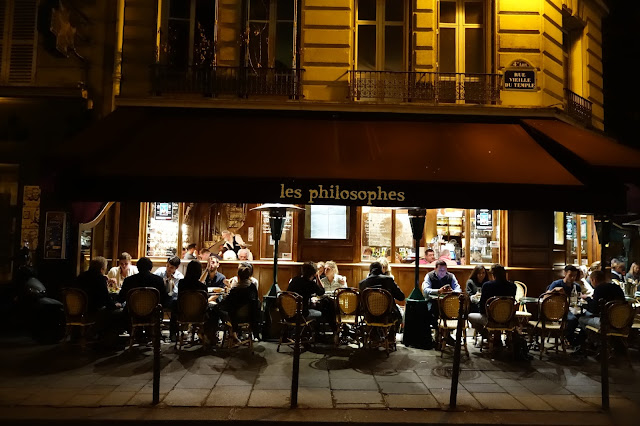 And with that, we called it a night.  Sadly, no feline interactions today.

Let’s see what Day 6 of our European trip brings us.