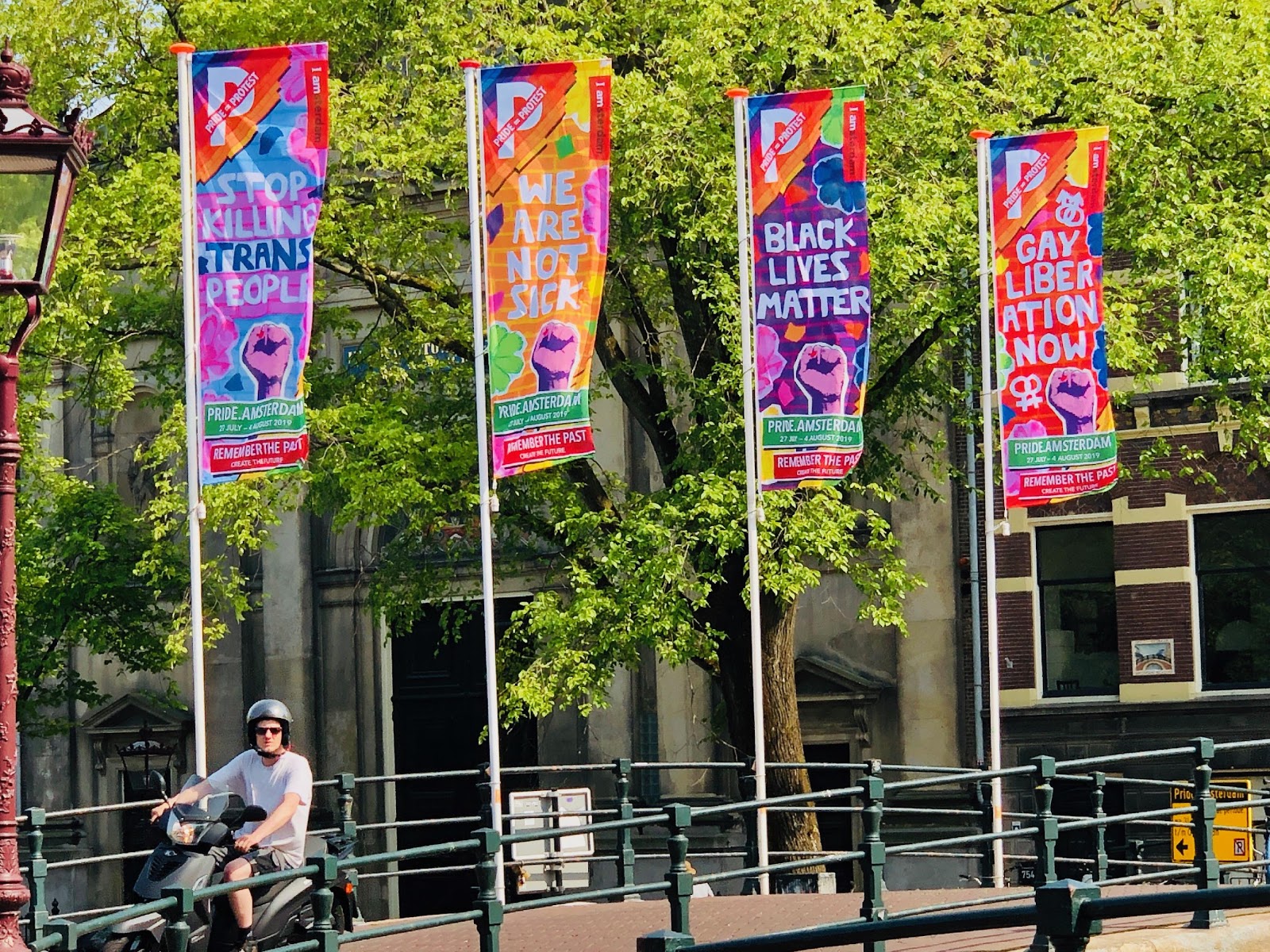 Pride is a fun time of year here in Amsterdam.  The city really gets into the spirit, and there’s a great feeling of Pride and activism in the air.

Stores get in the spirit as well, selling all sorts of Pride related things.

My apartment is on Spuistraat, in the centrum.  It’s a very central location, and that is very convenient during Pride, because it’s a very short walk to all of the street parties!

Closest to my apartment is Dam Square, which is the main staging area.  We went there first and enjoyed the festivities. You can tell it’s Dam Square because the famous department store, De Bijenkorf, is in the background.

Right up the street is the gay lounge, Prik.  Every year they have a huge party on the street in front of the bar.  It’s fun, but it gets ridiculously crowded, to the point where you really can’t move.

Drag performances have become super popular these days, and the stage show at the Prik Party featured some large and very energetic performers.

The Reguliersdwaarstraat is probably the gayest street in Amsterdam.  There are multiple bars on this street (Exit, Soho, Nyx, Taboo), many nice restaurants, and a couple of coffeeshops for the weed-minded.  Something for everyone. They strung banners with rainbow flags all across the street, and it was pretty festive. This street was crammed full of people drinking and dancing.  Unfortunately, this is a street, not a square, and it was just as narrow as the street in front of Prik, and after a few minutes, we couldn’t even move. Extricating ourselves from that street took a good 30 minutes.

The next block, east of the Reguliersdwaarstraat, leads to the Rembrandplein, yet another staging area for a big street party.  Thankfully, this was a plaza and there was room to move and breathe.

We finished the night here, happy to have at least made the rounds once, to see the extent of the planning and partying that occurs here during Pride.