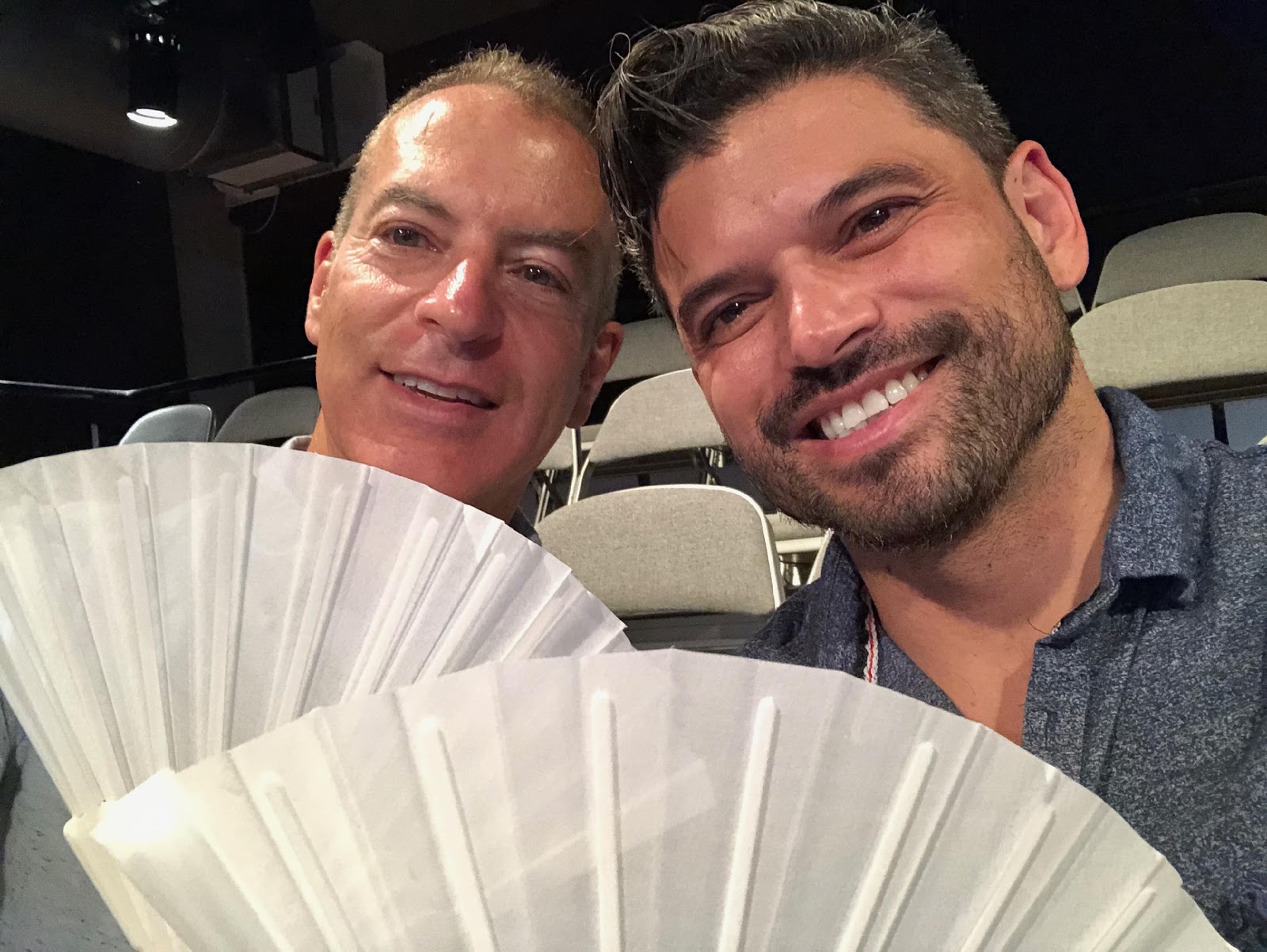 Amsterdam weather is notoriously iffy.  Clouds can appear and rain can come pouring down at a moment’s notice.  I was obsessively checking the weather before Robb’s arrival, and it all looked favorable, except for Tuesday, his second day.  Most of the agenda I planned centered on outdoor activities, because Robb doesn’t like generally like museums. In this pouring rain, though, our options were limited.

I’ve known Robb for over 20 years, and he’s always liked cartoons, animation, comics, etc.  Luckily, the Tropenmuseum was still showing their exhibit entitled “Cool Japan”, all about the rising popularity and influence of Japanese culture.

The exhibit featured lots of manga and anime, and I knew he would like it.  So we grabbed our umbrellas and hopped on the tram. In addition, the museum itself is one of the most beautiful in Amsterdam, with a breathtaking atrium.

As you can see, Robb was indeed mesmerized.

On the ground floor, a video game arcade was set up.  I’m not sure if these games were all of Japanese origin or not.  Robb played a few games, and I stealthily recorded this cute kid playing a game that required mimicking some dance moves.


The rest of the day was spent just walking around, once the rain stopped.  We stopped to admire the Theater Tuschinski, a beautiful old movie theater with a great art deco interior.

Then we meandered around the Rembrandtplein before just going back home to chill out.   That evening, we saw a gay-themed play called Smalltown Boy.

It was in Dutch, but I bought tickets because that evening, there would be English subtitles (“surtitles”, actually.  On a screen LCD display above the stage). The theater where it was shown is the famous Stadsschouwburg Theater located at Leidseplein, however, this particular show wasn’t held in the main theater, but rather, a smaller studio theater in the building.  This was during a stretch of very hot weather, and the theater was poorly air conditioned. They kinda knew this, so they handed out fans as the audience members entered.

The show itself was mediocre.  It might have been better if the screen above the stage was able to keep pace with the dialog.  Throughout the play, the actors would blurt out dozens of lines of dialog, and the screen above would show about a quarter of those lines.  Some of the missing lines of dialog elicited laughter from the crowd, but those jokes blew right by us. My beginner’s Dutch wasn’t much of an advantage; they were speaking way too fast.  Still, just being at a show in a nice theater like that was fun. After the show, we grabbed a bite in the area, and then called it a night.