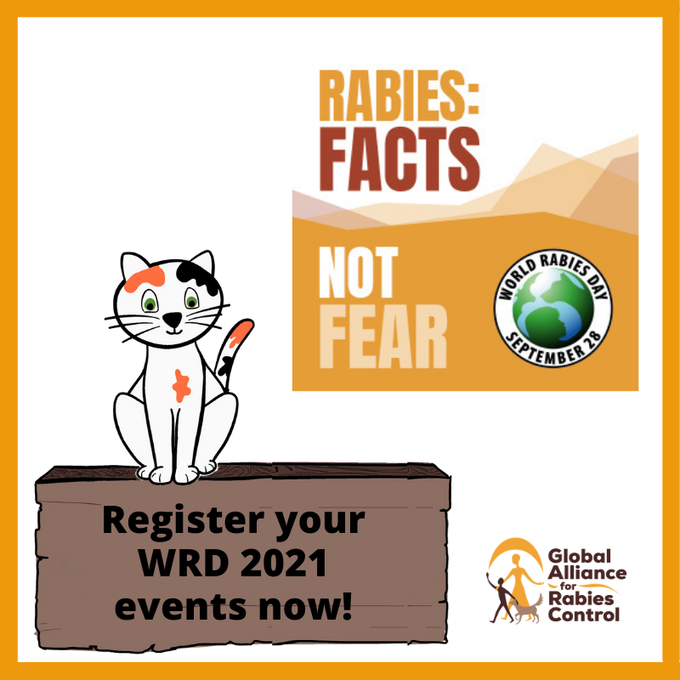 Rabies Surveillance in the United States

Readers of my blog know that I have a personal and professional interest in rabies.  As a practicing veterinarian, I’ve vaccinated thousands of cats and dogs against this deadly disease, and in my retirement, I’ve volunteered with the amazing organization Mission Rabies, joining teams of international veterinarians, technicians, and laypersons to help vaccinate dogs in vulnerable communities in Africa and Asia.  My trips to India (2018), Ghana (2020) and Tanzania (2021) have been the highlight of my retirement.

The June 1, 2021 issue of the Journal of the AVMA contained the annual U.S. rabies surveillance report.  It takes a while to gather and publish all of the data.  The report covers the incidences of rabies in the U.S. for the year 2019.  The information in the article is pretty fascinating.

Every year, in Asia and Africa combined, approximately 60,000 people die from rabies.  The source of the rabies is almost always a dog bite, and the majority of the victims are children.  The situation in the United States is vastly different.  In fact, in 2019, there were no reported human deaths from rabies in the U.S. Zero. Believe it or not, in the 20-year period from January 2000 through December 2020, a total of 52 cases of human rabies were reported.  Only 52 cases in 20 years!  That’s an average of about 2.5 cases a year.  Of those 52 cases, 38 were contracted in the US (or its territories), and 14 cases were acquired while the person was visiting a foreign country, and then they came back to the U.S., where the symptoms then developed.   Of the 52 cases, 35 cases were due to an animal bite.  In 12 cases, the source of exposure was unknown.  Here’s a disturbing statistic: 5 cases were due to organ transplantation.  A person received an organ from a donor, and they contracted rabies after the operation.   I’m speculating that someone probably died from a neurologic disease that was undiagnosed or misdiagnosed.  That person’s organs were then donated to someone, and only after the organ recipient died did the doctors discover the true cause of illness and death of the donor.  Very creepy and disturbing.

So, what’s the story with rabid dogs and cats in the U.S.? In movies and cartoons, dogs are thought of as being the primary carrier of rabies, but feline cases outnumber canine cases, and it’s been this way for quite a few years.  The majority of the samples submitted for rabies testing were for domestic animals, but only a small percentage of them (8%) were positive.  The total number of positive rabies cases (385) in domestic animals breaks down like this:

As you can see, there were almost four times as many cases of rabies in cats compared to dogs.

Of the cats for which the source of the rabies was definitely established (106), the majority (78) were infected by the eastern raccoon.  The next most common source was skunks (25).  One cat was infected by a gray fox, and one by a bat.  Of the dogs for which the source of rabies was identified (35), the majority was due to raccoons (22), followed by skunks (11), mongoose (1), and another dog (1).  The dog that caught rabies from another dog had visited Egypt and probably was infected there.  The dog that caught it from a mongoose had visited Puerto Rico, where you’re much more likely to encounter a rabid mongoose than in the continental U.S.

In summary, about 100,000 domestic and wild animals are tested every year for rabies in the U.S.   The number of positive rabies cases decreased a little bit from 2018, but not by much.  The good news is that no human rabies cases were reported in any US. States or territories in 2019 (or in 2020, for that matter); the last confirmed rabies case in the U.S. occurred in Utah in October 2018.  I will keep volunteering for Mission Rabies in the hopes that one day, human rabies cases in Asia and Africa will be as uncommon as they are in the U.S.