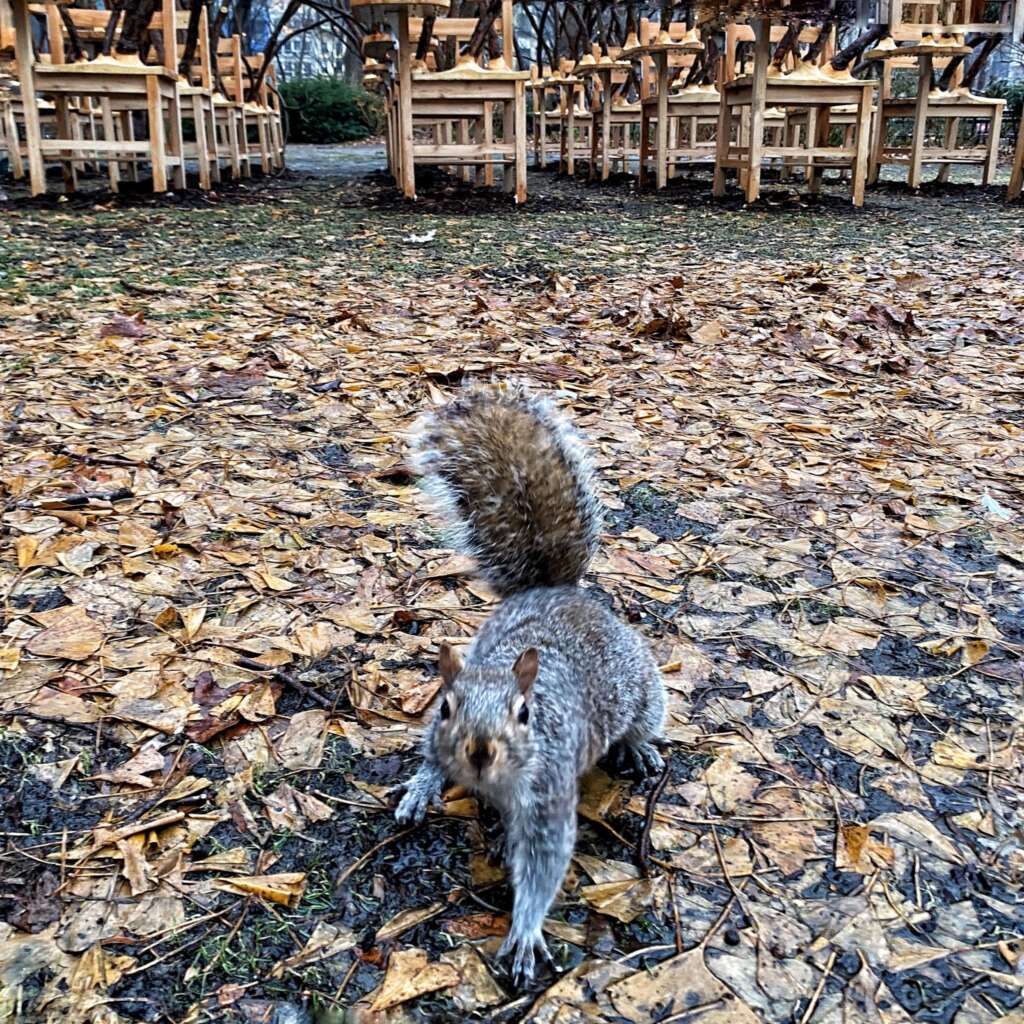 I decided to stroll to Fotografiska to sit and drink tea, and read a book.  It’s too cold to walk around comfortably and take photos, so I usually look for indoor activities (museums, bookstores, cafes, etc.)  However, the cloudy, gray, cold atmosphere led to a few nice photographic opportunities, especially as I strolled through Madison Square Park, and so I grabbed a few pics.

As I approached the park, I noticed a lot of steam rising from the street.  A concrete railing served as a good leading line to the street corner.  The sidewalk was pretty deserted, so I had to wait a few minutes before someone entered the scene, serving as a good subject.  The gray, the steam, the red glow from the traffic light, and the man’s silhouette gave me the look I was going for.

The park was pretty empty, except for two guys who were sitting on the perimeter of the fountain.  I took a couple of pics of them, from a variety of angles.

The grounds of Madison Square Park are often used to showcase art projects by new artists.  Currently, there’s a cool exhibit featuring rows of chairs with desktops.  Tree branches emerge from the top of each desktop.  It’s a pretty cool effect.

It’s early February, so I’m expecting cold weather for the next few weeks. This puts a damper on my photography, however, the forecast for the next few days shows temps reaching the 50s, which should spur me to get out there and start shooting again.