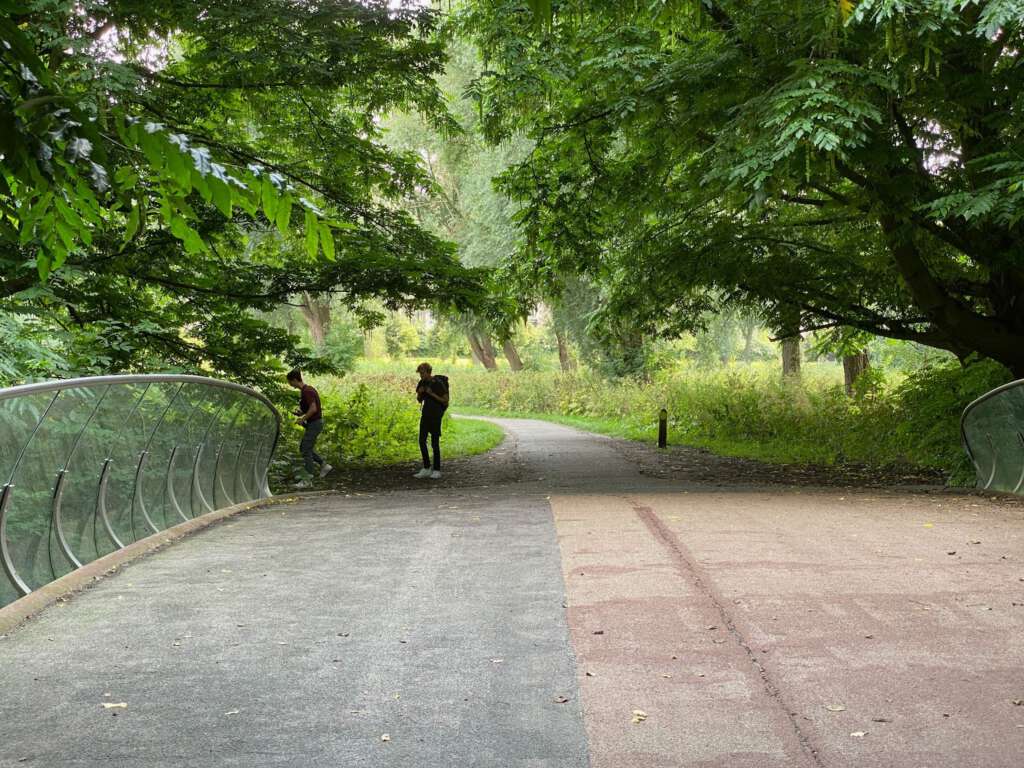 When I’m in Amsterdam, I tend to spend most of my time in the Centrum.  When I decide to go to a park, I usually hit the parks that are relatively close to the Centrum, like Westerpark and Vondelpark.  But every now and then, I’ll go out a little further, especially when the weather is beautiful and my plans consist of just biking around.  For biking, I think Rembrandt Park is the best.

Rembrandt Park is located to the west of Vondelpark.  It’s about the same size as Vondelpark, but it feels bigger for some reason.  There are lots of bike paths, and lots of greenery, with many quiet places to just sit and relax.

There is a lake that runs through the park, branching in many directions, and there are a lot of bridges that cross over the lake throughout the park.  This makes the park a nice place to walk, as well as bike.

There is a big highway, Postjesweg, that runs through the park, on an overpass.  There’s a sculpture of a big dog on the overpass that makes for a good photography subject.

I haven’t had much luck with bikes in Amsterdam. The first one I bought was stolen.  The second one I bought was a real piece of crap.  The third one, my current one, is a sturdy, solid bike that I really enjoy riding.  I plan to spend a lot more time in Rembrandt Park on my bike, in the future.