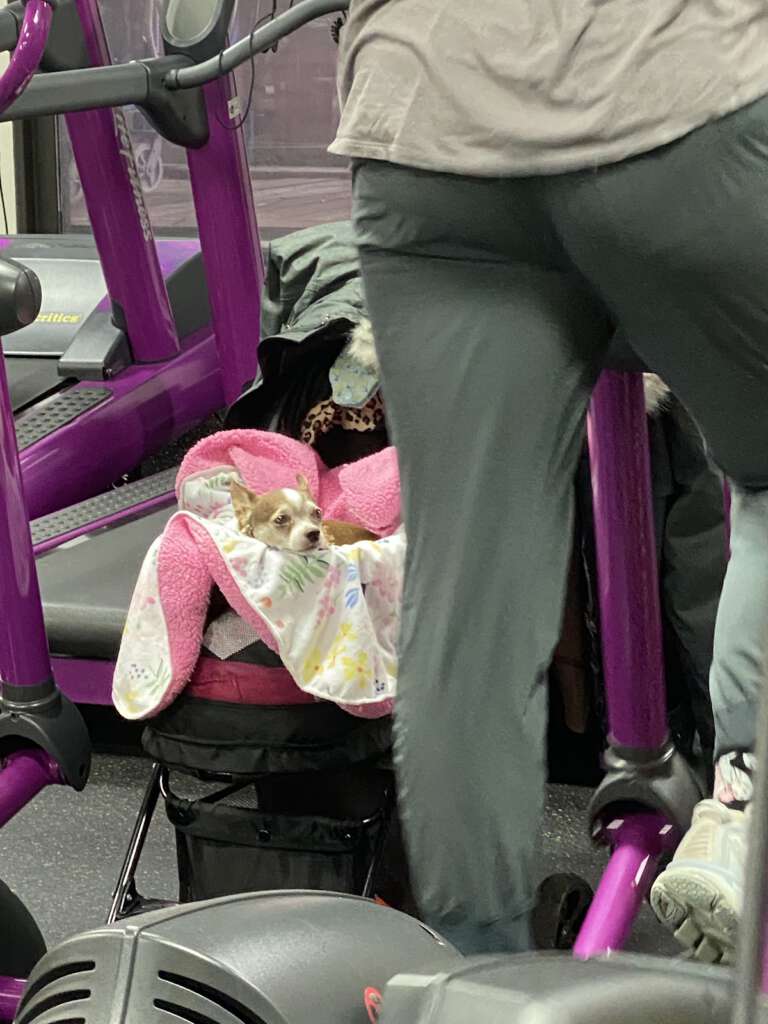 Gloomy day today.  I ended up not going out this afternoon, so I’m glad I took a few pictures this morning while on the way to the gym.  While at the gym, I saw these two women who always come in together, with their little elderly chihuahua in tow.  The dog is always in a little baby carriage, which they carry up the stairs.  They each get on an elliptical machine and put the dog between them.  That was my shot of the day.

The runners up were this guy vacuuming a rug in front of a building, and this guy, on a scooter, escorting his two daughters, also on scooters, to school.

And finally, I took a photo of this colorful graffiti.  It had been there for months.  Then, someone decided to add to the colors by stenciling the word “shit” on it.  People are strange.

Went out early this morning (colonoscopy appointment, if you MUST know), and took a few good photos. I picked this one, of the reflection of the clouds in the building, as the main one.

The runners up were pretty nice:

A black and white of a bus with an old-time clock on the street corner.

Interesting street art of a half face, with buildings behind (and once again, clouds reflected in the building facade). I used the wide angle lens on the iPhone, hence the curvature.

Last one: a corny picture of a statue of a guy with a pigeon on his head.