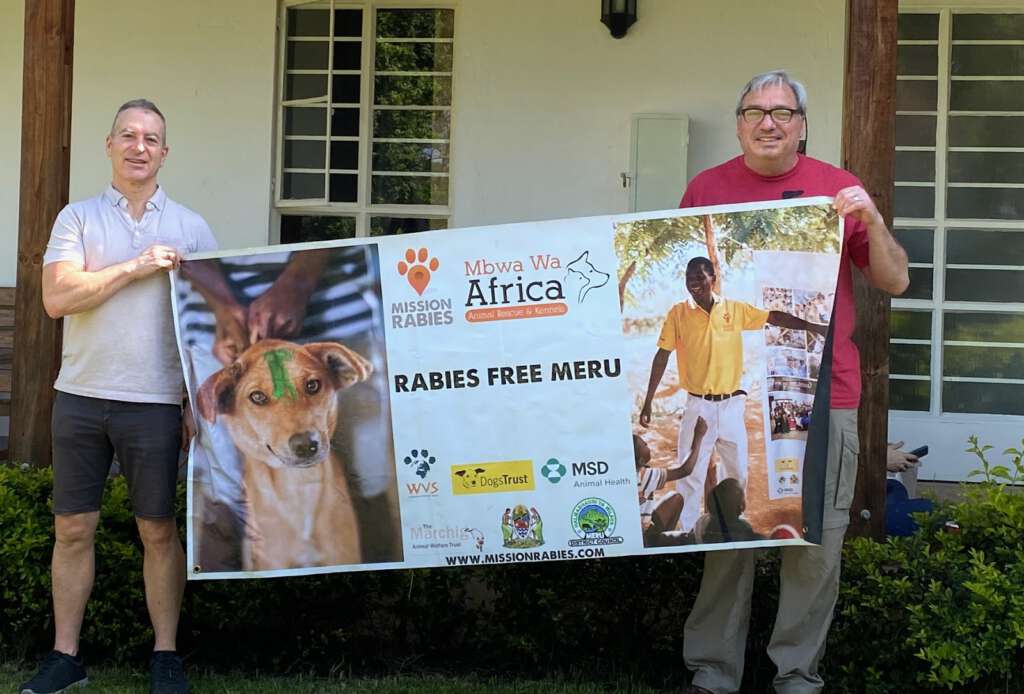 Mediocre night sleeping last night. It takes a little time to get used to a new bed, plus I’ve been drinking tons of water all day to ward off any potential kidney stones; this is something that I’m prone to in hot climates. I guess it’s working, because I got up to pee twice. After the second time I got up, I glanced at my iPhone and it was only 1:10 a.m.!  I was thinking 4:00 or 5:00 a.m.  So I took half an Ambien, read the news on my phone (Biden gets inaugurated in a few days), checked my email, and fell back asleep until 6:15.

Breakfast was excellent again.  The meals are all vegetarian, and they’re all very tasty.

The woman who makes the food here at the guesthouse is quite the chef.  After breakfast, we had orientation.  Helena presented a slideshow explaining all about rabies, how it’s transmitted, and how Mission Rabies goes about trying to contain it.

After her presentation, Amy explained how to record the vaccination data that we’re going to generate in the specially designed Mission Rabies app.

They doled out our Mission Rabies shirts, and then announced the teams.

I got paired up with Courtnie.  I was secretly hoping that I would be paired with her, because she’s young and she’s upbeat and enthusiastic.  That Scottish accent, though!  A bit hard to decipher, but a lot of fun to listen to. Mike got paired up with a woman named Britt.  She still hasn’t arrived.  She flew in from Utah, and had a layover in Minnesota. Unbelievably, she was turned away at the airport in Minnesota because her covid test had expired by six hours! She had to get another test, and the next flight she could take was 48 hours later, so she’ll be arriving late tonight.  Helena and Amy will try to quickly bring her up to speed.  I feel bad for her; she has to be up and ready to roll by 6:30 tomorrow morning.

Every team has a driver and a local person who works with Mission Rabies.  We met our local person this morning, a woman named Lucy.  She’s our team leader, having done this for four years in a row now.  Our team is called Serengeti.

We had the rest of the day to ourselves.

Mike, Courtnie, Erica, Joanna, and I went to a local supermarket where we all bought various items like sunscreen, soda, flip-flops, etc.

Supermarkets in foreign countries are interesting; it’s neat to see what kinds of items they stock and how they differ from the U.S.  It’s nice to know that if I’m craving American ketchup, I now know where to go.

There was some talk of going back to the lodge we visited yesterday, to take a dip in the pool again, but a ride couldn’t be arranged.  Instead, we all just chilled out by ourselves.  People napped, read, blogged, or did whatever they wanted.  I put a towel down on the grass and read some of my New York magazine, and fell asleep on the grass for a bit.  The local cat that hangs around the hotel made another appearance.  We named her Mbuni, which means ostrich.  We chose that name because that’s the name of my room, as printed on the name plate outside my door.  She’s definitely feisty; you have to be careful with her or she might give a little scratch.  I’ve tamed her pretty well and have become enamored of her. I took a few photos of her this afternoon.

While I was laying out on the grass I must’ve left the door to my room open a crack.  I came back to find Mbuni nestled comfortably on my bed.

There’s a bakery on the road right near the entrance to the road that leads to our hotel, so around 3:00 in the afternoon, Mike and I strolled down to the bakery where I bought a pretzel (the world’s driest, I’m afraid) and a shortbread cookie (I’ll have that tonight after dinner).  I wouldn’t mind another few days like this.  The grounds here are exceptionally quiet.  All you hear are insects chirping, birds occasionally singing, and the local cat meowing now and then.  The weather is beautiful: sunny, with a high temp in the mid to upper 80’s.  Very peaceful and relaxing. The sky was very clear today, and I had a great unobstructed view of Mount Meru, the fifth highest mountain in Africa.

Tomorrow it all begins.  I hope to get enough time to do some blogging and post some pictures, although that’s not easy to do with this sketchy internet connection and this little chromebook.