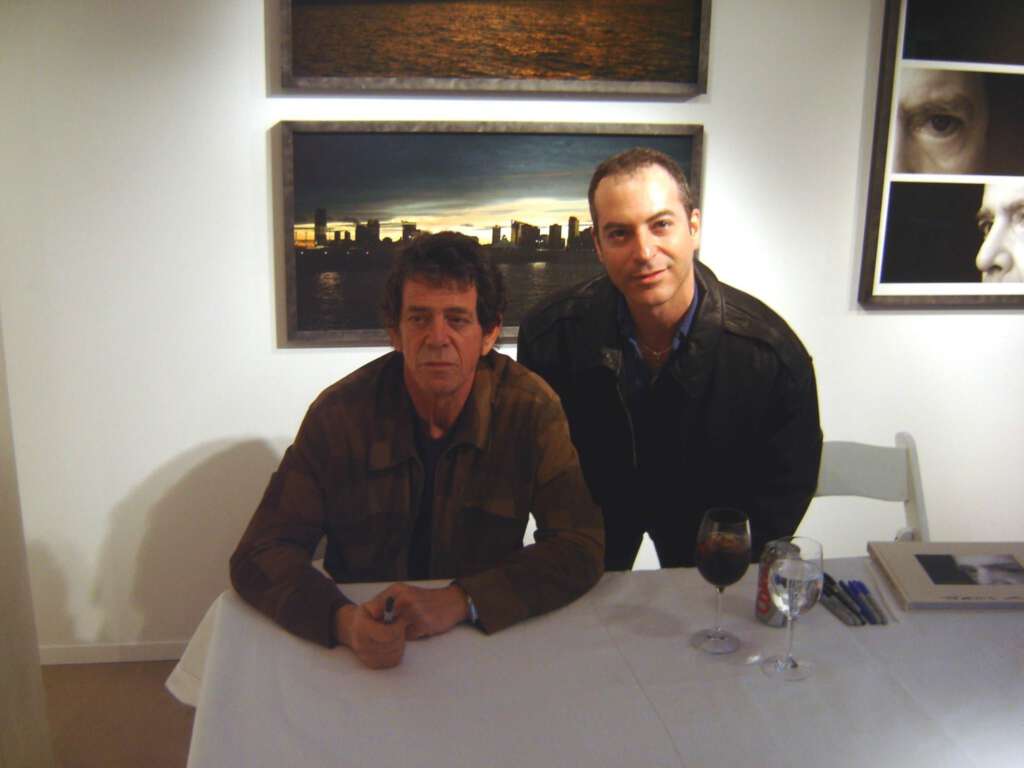 Lou Reed and The Leather Jacket

On this date in 2013…Lou Reed died. A few years ago, the New York Times sponsored a silent auction to benefit the Actors Fund. One of the items on auction was a leather jacket given to Lou Reed by President Bill Clinton, as a thank you for playing at the Clinton/Gore inauguration. Inside the jacket is an embroidered presidential seal, and Lou signed the back of the jacket with a silver marker.

I placed a modest bid, expecting that an iconic item like a leather jacket, owned by the most iconic of New Yorkers, would generate a bidding frenzy and I would easily be outbid. A few weeks later, to my utter shock and delight, I received a phone call from the New York Times. I was the winning bid. I was told where to bring a certified check to claim my jacket. As you might imagine, it is my prized possession.

A few weeks later, I heard that Lou would be signing his photography book, “Lou Reed’s New York” at the fashion store Hermes. I had already purchased the book. I headed to the store. I decided to wear the jacket to the signing. I stood in line. We were told that he’d only be signing the book; no other memorabilia. And no photographs. Finally, when it was my turn, Lou asked my name so he could sign the book. I said, “Hey Lou, do you recognize this jacket?” He looked up. I showed him the embroidered inside panel, and then turned around and displayed his autograph on the back. Lou had been a bit of a curmudgeon that afternoon, just going through the motions of signing books, but when he saw the jacket he became completely animated. He yelled over to one of his staff guys nearby, “Hey, this guy has the jacket! This guy has the jacket!” He chatted with that staff member for a bit, and then turned back to me. I said, “Hey Lou, did you ever wear it?” He said, very deadpan, “Oh yeah. It’s very good leather.” Figuring I had him in as good a mood as he’d probably ever be in that day, I asked if I could get a photo with him. A mild grimace. He didn’t say no, but he didn’t say yes. I gave my camera to one of his handlers and quickly ran around the desk to stand next to Lou, who had no intention of smiling or even looking up. I didn’t care. I exchanged about ten words with Lou Reed, got a book signed, and got my picture taken next to him. I’d call that a very good day. I wear the jacket once a year, on October 27th.