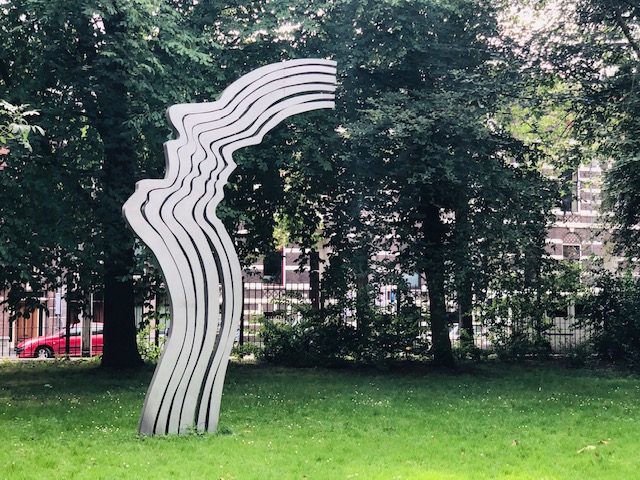 Life in retirement just gets crazier and crazier.

Last October, I participated in a veterinary project in India, called Mission Rabies.  I worked with a team of veterinarians and technicians in Goa, to vaccinate thousands of dogs against rabies.  Mission Rabies initially started as a project by the Worldwide Veterinary Service, and the two organizations remain closely affiliated.  While on that India trip, I met some great people in the organization, including Ian Clarke, the director of operations of the WVS’s International Training Center in Chiang Mai, Thailand, and after some talking, it was arranged that I would visit the Center, where I would be spaying and neutering community cats, taking a refresher course on spaying and neutering dogs (something I haven’t done in decades), and giving a seminar on feline medicine to the doctors at the Center.  I decided to visit Amsterdam before going to Thailand, because a) I love Amsterdam, b) I have an apartment there, so I have a nice place to stay, and c) the flight to Thailand is less grueling from Amsterdam than it is from New York.  After the Thailand adventure, I would go back to Amsterdam for another week, the last two days of that stint coordinated with the impending arrival of my buddy Brad, giving us two days of overlap.  I let Brad stay at my apartment in Amsterdam when I’m not there. It’s been years since he and I were both in Amsterdam together, and it would be a lovely way to end my excursion.  That was the plan, at least.

I arrived in Amsterdam to find the apartment just as clean as I had left it from the last visit.  My bicycle had survived, chained up to a bike rack near the apartment, although the elements had taken their toll.  The bike had earned a promotion in title.  It had gone from “Amsterdam’s Shittiest Bicycle” to “Europe’s Shittiest Bicycle”.  I extricated it from the tangle of other seemingly abandoned bikes and hopped on the seat. Both tires were deflated and the barely functional right handbrake was even less functional, if that was even possible.  I walked it over to the bicycle repair shop conveniently located across the street, inflated the tires, and attempted to ride down the street.  The bike coughed up a bit of blood, but she revived, and gamely limped along toward Betty Blue, my favorite cafe and first familiar destination.  My favorite seat there was vacant. I had tea and cake. I was content.

The next day, I went out to go for a bike ride, and my bicycle was gone.  I was pretty certain I remembered where I parked it.  Normally I chain it to one of the bike racks, but all of the spots were occupied, so I did what many people do: I chained it to itself, putting the lock through the frame and front tire. The rear tire is always locked via the wheel lock. I checked the three areas where I could have conceivably parked it, even though I knew where I had actually put it. Gone.  It survived almost six months chained to a cluster of other ailing bicycles, but couldn’t withstand one single night, standing alone, chained to itself. Surprisingly, I wasn’t really upset.  I was more stunned than anything, trying to imagine what kind of person would actually want a bicycle this decrepit.

I headed to the Waterlooplein, to buy yet another bicycle.  The last two bikes cost me 60 euros each.  This time, I said I would spend a little more if I saw a bike that seemed sturdy and reliable.  I wanted three speeds, a solid wheel lock, and good working handbrakes.  After giving four bikes a test drive, I found the one I liked: a silver three-speed bike with tight brakes, and a thick, sturdy frame.

The salesman wanted 110 euros. I offered 90 euros.  “The wheel lock alone is worth 40 euros”, he whined. I stuck to my offer and started to walk away.  He relented a bit, and we agreed eventually on 95 euros. I love my new used bike. It rides like a dream. The gears shift smoothly. The brakes are dependable.  The bell works.  I love it.

With a permanent address in the Netherlands, I was looking forward to purchasing my Museum Card.  For only 65 euros, you can purchase a card that offers free admission to over 400 museums in the Netherlands, including all the big ones (and some very interesting smaller ones) in Amsterdam.  The card is valid for 30 days for tourists. (A recent rule change allows only five museum admissions, over 30 days, for tourists. This probably still saves you money, but it’s a major downgrade; before, you could go to as many museums as you could cram into those 30 days.) For folks with a Netherlands address, the card is valid for one year.   I purchased my card, registered it online, uploaded a photo, and five days later, my card arrived in the mail.  I visited the Rijksmuseum, the Stedelijk Museum, the Van Gogh, the Troppenmuseum, FOAM (a photography museum), and the Rembrandt House. All were amazing.

The Rembrandt House had a cool exhibit about the influence of Rembrandt’s friends and relatives on his artworks.  I’ve become obsessed with Rembrandt these days, and I was happy to see that the Rijksmuseum also had a big exhibit on Rembrandt.

FOAM, the photography gallery, had some great stuff on display.

In addition to these great black white photos, there was a cool exhibit on food photography.

The Stedelijk, with their amazing permanent exhibit, is a place I never get tired of revisiting.

On the fourth night in the apartment, in the middle of the night, I was awakened by a cramping-type of pain on my right side.  It felt like kidney pain, but it was hard to say with certainty.  Maybe there was a gastrointestinal component to it as well? I wasn’t certain. I know now, without a doubt, that it was kidney pain, and I would soon find out the terrible role this would play in the upcoming days.