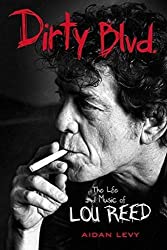 I’ve been reading one Lou Reed biography a year since I retired.  This one has its good points, and definitely has its bad points.  The book addresses Lou’s college years really well, with a lot of detail and interesting facts that I haven’t seen covered in other bios.  He doesn’t portray Lou as the mean, nasty guy that he was too heavily, compared to the other bios.  The Velvet years are covered nicely, and his early solo career gets a good amount of coverage, with a lot of quotes from the many musicians that worked with him.  The later solo career, however, seems glossed over, with many of his later albums barely getting a mention.  Similarly, the 20+ years he spent together with Laurie Anderson get very little print; the book is about 350 pages long, and she gets mentioned around page 315.  Very little is spent on Lou’s medical problems late in his life, and then, right at the end of the book, boom: Lou’s dead.  Not much of a lead up.  Another pet peeve with this book is the pretentious, over-the-top, self-indulgent vocabulary.  For example, when writing about White Light/White Heat, he says, “In the postlapsarian world of the song, we only experience interconnectedness through the profound dislocation of the body and the mind. Yet despite the apparent futility of raging against the machine, Lou would keep trying to sing the body electric.”   Um, can someone interpret that for me?  Also, there wasn’t much about Lou’s homosexuality, which I’ve always found an intriguing aspect of his life.  What the book does convey really well is how Lou evolves from a non-collaborative control-freak rocker to a more generous, collaborative artist.  The evolution is interesting, and this author addresses it better than most.  Good for Lou fans, but not the best book if this is your first time reading about him.  For that, Anthony DeCurtis’s bio is the best.

“Dirty Blvd: The Life and Music of Lou Reed” by Aidan Levy 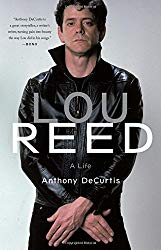