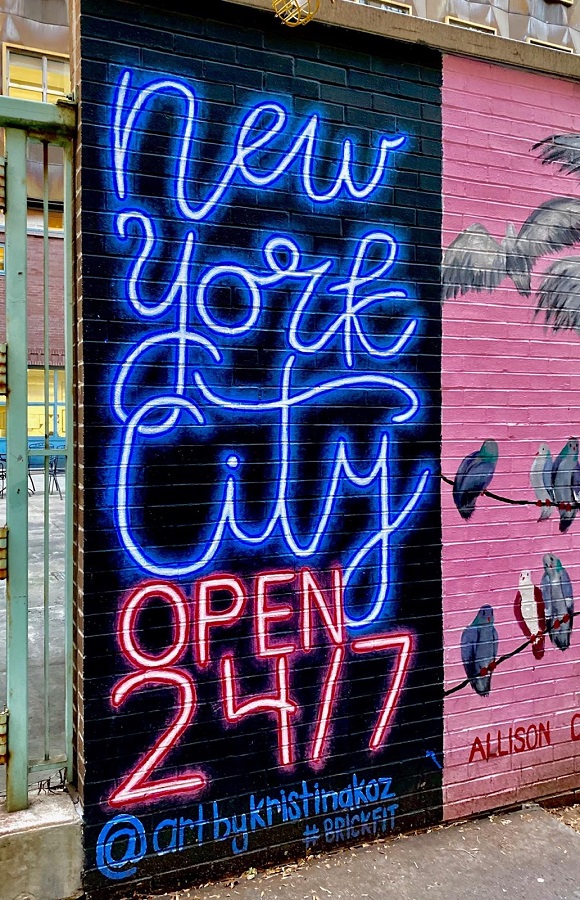 I love the summer, especially in New York.  During a heatwave, when temps soar above 90 degrees and everyone starts whining, I’m in my glory.  Perhaps I wouldn’t feel this way if I was still working and I had to descend into the steaming, crowded pit of commuter filth (i.e. the subway) every day, but as a retiree, summer in NYC is fabulous.  I have my favorite parks, and by now I know intimately where every ice-cream and frozen yogurt shop in the city is located.

I don’t like cold weather.  Two weeks ago, it got pretty nippy in here in the city (hitting the low 30’s) and I found myself hibernating indoors, reading my books and magazines, answering e-mails, blogging, studying my Dutch, and internet surfing.  To avoid cabin fever, I forced myself to leave the house for lunch every day, usually at my favorite diner, Chelsea Square Diner.

I usually ended up coming back home pretty quickly after lunch. It’s just no fun being out in the cold.

Last week, however, there was a break in the cold snap, and the temperature hit the low 50s, two days in a row.   While I prefer things to be sunny and warm, there’s something about a chilly, gray, overcast fall day sits very well with me.  It induces a melancholy feeling that I find oddly comforting.

I had a few errands to run (get two passport photos for my Ghana visa, sell a couple of books to The Strand), so I popped in my earbuds, threw on my coat, and hit the streets.  Recently, my friend Brad told me about some new music from the band Underworld. “Underworld – Drift: Series 1”


The pulsing, hypnotic beats and drones were the perfect soundtrack for walking through the city.  As I walked, I photographed things that caught my eye, for whatever reason. I didn’t think too much about what I was photographing.  If something grabbed me, I took a photo. People on the street, interesting buildings, beat up bicycles, squirrels in the park, supermarkets, bathrooms, coffeeshops… there’s a beauty and a symmetry to the city sometimes.  And very often… not. But it’s never boring.