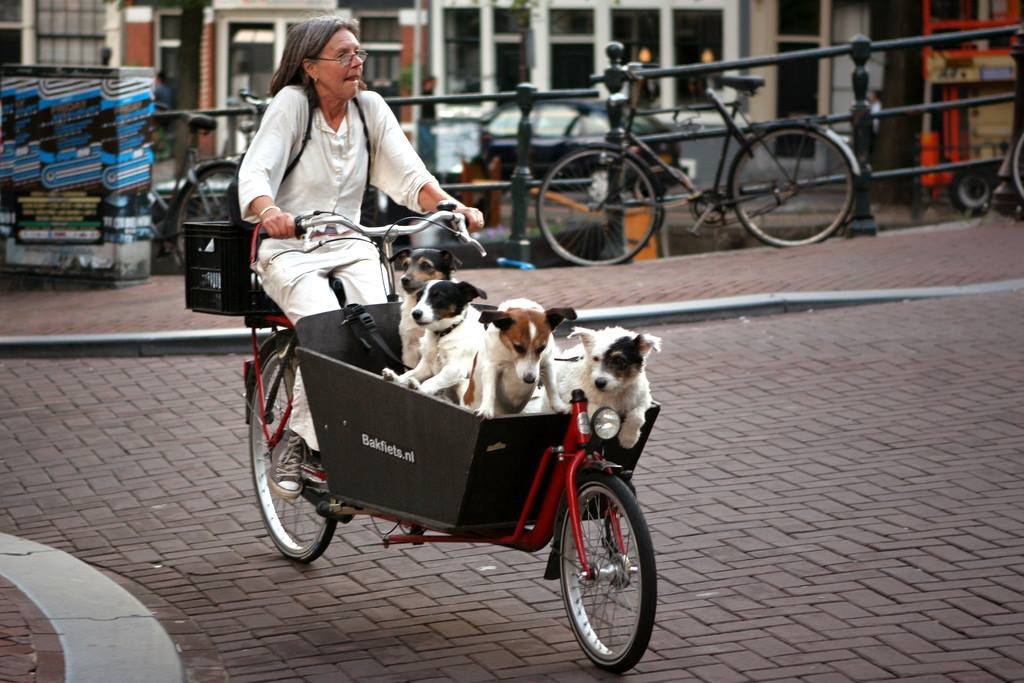 In 1998 on a whim I took a trip to The Netherlands to see what all the fuss was about in Amsterdam. Like most other visitors, I immediately became enamored with the city – the impressive architecture, the beautiful canals, the fascinating history, the rich devotion to culture, the laid back cafes, and the open, honest people.  I’ve traveled to many other countries since then, but I always found myself going back to Amsterdam. Finally, in 2017, I took the plunge and purchased a small apartment in the heart of the city, learned to speak Dutch, and now spend several weeks a year there. It’s practically my second home.

I certainly didn’t need another reason to be further obsessed with this little nation, but as a veterinarian, this one is hard to beat:  The Netherlands now has no stray dogs!

How is this possible?  Frankly, it doesn’t surprise me.  The Dutch really seem to do most things right, from a managerial standpoint as well as a moral standpoint.  They view stray dogs not only as a hazard to the health and safety of humans, but also as an ethical and moral problem for society.

To see a homeless dog hurt or starving takes an emotional toll on people, and the Dutch are smart and progressive enough to acknowledge this, and to do something about it.

I personally have not seen a stray dog in all the times I’ve visited the Netherlands.

So, how did the Dutch solve this problem? First, let’s see exactly how the Netherlands defines a stray dog:

Now, let’s look at the history of dogs and their cultural significance in the Netherlands. For centuries, dogs have been a sign of social status in Holland.  Rich people had dogs not only for pets, but for sporting activities as well, while poor people had dogs mostly for working. The country was teeming with dogs.  And then, during the 19th century, there was a huge outbreak of rabies. (If you’re a regular reader of this blog, you know that rabies is a very important subject for me, as I’ve traveled to India and Ghana to help try to eradicate the disease.) With a dog’s health now seen as a commentary on the owner’s social standing, nobody wanted to be viewed as being associated with disease, the widespread rabies epidemic led to dog owners abandoning their dogs on the street. The stray dog population grew out of control, and something clearly had to be done to rein it in.

Initially, a dog tax was created to try to ease the burden of the stray dog population, but this backfired; many people were unwilling (or unable) to pay the tax, leading families to abandon their dogs, causing the number of strays to rise and the rabies problem to worsen. The government attacked the problem aggressively.  Many Dutch cities imposed huge taxes on store-bought dogs, so people who wanted to own a dog ended up adopting them from shelters, freeing up space for strays to be taken in. In 1864, the first animal protection agency was started, and animal rights have been taken very seriously in the Netherlands. A program called CNVR (Collect, Neuter, Vaccinate and Return) was also initiated. This is a nationwide, government-funded program that provides sterilization and vaccination for strays. They took in nearly every stray dog across the country and sterilized it.  They also made sterilization both free of charge, and mandatory. (In the U.S, many rescue groups engage in community TNR [trap, neuter, release] programs, but alas, they are not government-funded.)

The Dutch take their concern for animals a step further.  The government created a police force just for animals. Officers in the force assist in animal rescue and respond to crimes against animals. The animal abuse laws in The Netherlands are strict, with perpetrators subject to a 16,000 euro fine (equivalent to about $18,500 U.S. dollars) and up to three years in jail.  In the Netherlands, it is illegal to abandon your pets. I don’t follow Dutch politics at all, but if I ever did move to Amsterdam and become a resident, I know which political party I’d be joining: The Partij Voor De Dieren (Party for the Animals), a political party that focuses on animal rights and welfare.

These animal welfare efforts have been remarkably successful. Today, about 1 in 5 Dutch people own a dog, having taken millions of them off the street. Bravo!

SEE ALSO: Here’s How The Netherlands Has Become The First Country With No Stray Dogs!