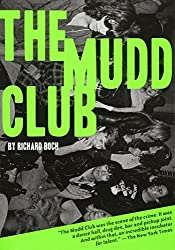 The New York music scene in the late 70s and early 80s is a favorite topic of mine.  CBGBs and Max’s were the primary music venues, but a number of smaller clubs that catered to the art scene as well as the music scene made their mark on New York, such as Club 57 and The Mudd Club.  This book chronicles the birth, wild life, and eventual death of The Mudd Club, as told by their doorman.  The book captures the glam, the weirdness, the drugs, the sex, and the avant-garde scene pretty well in the first 150 to 200 pages.  Unfortunately, the book drags on for another 250 pages, with endless pointless stories about showing up at the club, going into the bathroom, taking drugs, having anonymous sex, listening to music, and waxing nostalgic about how this is the most fabulous place to be.  We hear about a few of the interesting Mudd Club regulars, however, the individuality of these folks gets lost, drowned out by the sheer number of people mentioned in the book.  The non-stop name-dropping gets tedious, especially since most of the names are secondary and tertiary characters and scenesters who, despite being described as legendary, infamous, notorious, or iconic, were mostly bit players in the music and art scene.  Page after page of short vignettes describing getting home late, taking drugs, drinking, smoking cigarettes, eating at Dave’s Luncheonette, getting to the club, drinking, taking drugs, taking more drugs…  it gets old, really quick.  He makes a few superficial comments about what’s going on in the country, with Carter and Reagan and offers not much insight into the music or the fertile art culture that was taking hold at the time.  The book does capture the circus atmosphere at the club, and the camaraderie felt by the regulars, but the stories need to be edited down, big time.  You took drugs, you drank a lot, you snorted heroin, you took quaaludes, you drank some more, you had sex in the bathroom, you staggered home, night after night. We get it.  Enough already.

“The Mudd Club” by Richard Boch