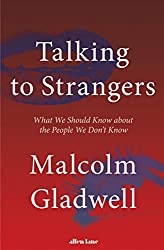 I’ve read all of Malcolm Gladwell’s previous books – Blink, The Tipping Point, Outliers, What the Dog Saw – and like millions of readers, I enjoyed them.  He’s an excellent writer who really knows how to tell a story and capture your attention.  Of all of his books, however, I liked this one the least.  The enjoyment from some parts of the book is often outweighed by some of the tedious and questionable other parts of the book.  The basic premise of the book is that it can be very difficult to tell when someone is lying, and he gives some great examples, such as Neville Chamberlain’s willingness to believe that Hitler had no intentions of invading Europe, Bernie Madoff’s ponzi scheme, and a shocking Cuban spy scandal.  But the notion that miscommunication between strangers is the root cause behind the victimization of Black people (he uses the Sandra Bland case as the focal point of the book), to women being sexually assaulted (the Brock Turner case) seems pretty disingenuous and naïve, and verges on victim blaming.  He also puts forth the idea, in his “default-to-truth” premise, that people ignore seemingly blatant evidence because we like to assume that people tell the truth.  Some of the examples he gives in the book seem to follow that premise, but some of the others are sketchy at best, namely the Jerry Sandusky pedophilia case.  Those Penn State officials weren’t defaulting to truth.  They were defaulting to denial.  In any event, the book is typical Gladwell – interesting stories that are well told, based on premises that are compelling but are often over-simplistic.  Worth a read if you’re a Gladwell fan.  If you’re a first-timer, start with The Tipping Point or Blink instead. 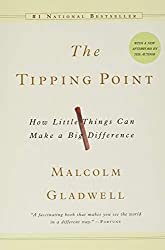 “The Tipping Point” by Malcolm Gladwell 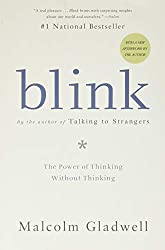 “Talking to Strangers” by Malcolm Gladwell