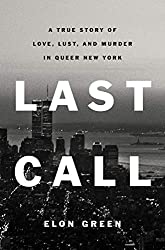 A riveting story about a serial killer that struck in the late ‘80s and early ‘90s.  Because the victims were gay, and the crimes occurred during the AIDS crisis, the case was largely ignored.  The author skillfully takes you through the gripping story, but he concentrates on the lives of the victims rather than on the killer, which really humanizes the victims and brings to light what a huge tragedy these murders were.  The crime investigation continued for years, with no real credible suspects, until a very lucky break in the case occurred.  This book really brings you back to New York in the late ‘80s, and gives you a detailed look at one particular aspect of the New York gay scene back then, namely, piano bars that catered to an older, educated, more financially secure clientele, and the young guys who pursued and admired them.  Each chapter got progressively more interesting, and the arrest, trial, and conviction of the murderer made for a satisfying ending.  Well-written and hard to put down, I recommend this one, big time.