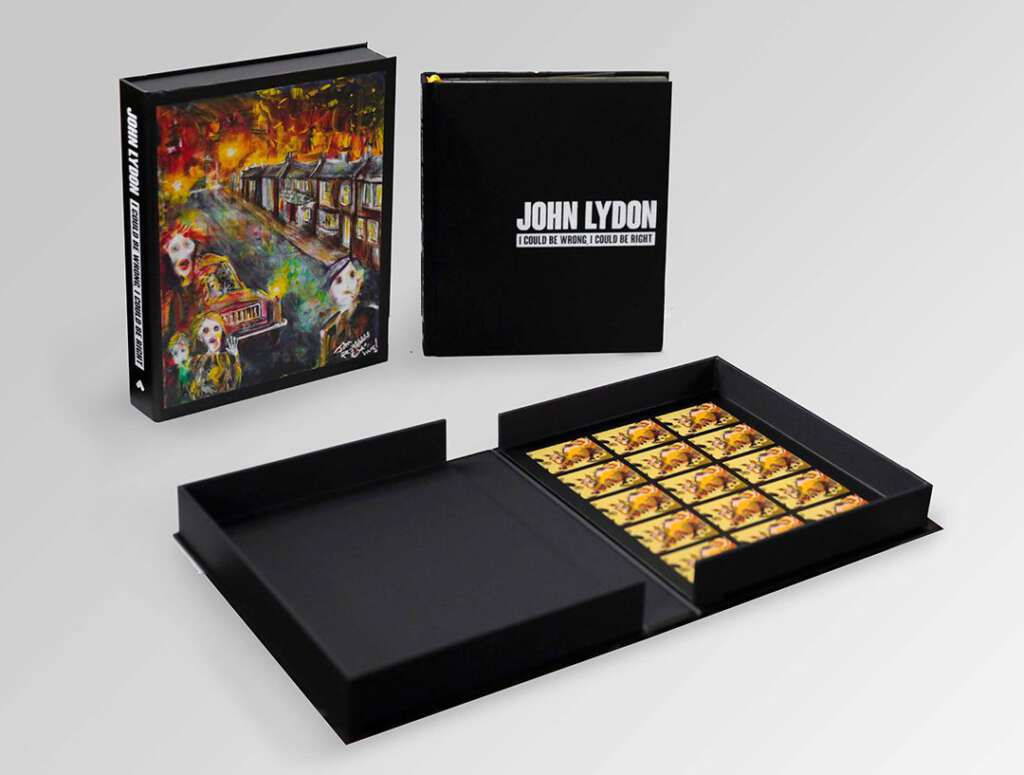 Quick Book Review: “I Could Be Wrong, I Could Be Right” by John Lydon

I’ve been a Sex Pistols and a Public Image LTD fan from day one.  I read Lydon’s first two books.  This book is a limited edition (only 10,000 copies printed), autographed, individually numbered, in a clamshell box.  The paper quality and graphic design are great.  The content… that’s another story.  The book is a random collection of Lydon’s thoughts and musings.  The wit and wisdom of Mr. Rotten himself.  There’s a fair amount of wit, but some of his bombastic proclamations hardly qualify as wisdom.  His thoughts are often so rambling and disjointed that they border on incoherent.  Thankfully, his political views weren’t discussed very often, because when they were, they were generally ignorant and idiotic.  Many of the great life lessons he tries to impart are very basic and very obvious. No brilliant revelations here.  The best sections of the book are those that reveal more about his actual life, rather than his silly philosophical rantings.  In these sections, you get to see the softer side of the guy. John has been married to his wife, Nora, for over 40 years.  He’s 65 now. She is 78 and is suffering from severe Alzheimer’s disease, and John is taking care of her in the most loving, attentive, caring way.  He is completely devoted to her, refusing to leave her side for more than a few minutes, lest she become upset or disoriented.  He’s also an animal lover and there are several sections in the book that talk about the squirrels that he’s befriended. He is really into these squirrels.  When his stepdaughter (Ari Up, the lead singer of The Slits) was too screwed up to take care of her twin sons, John stepped in and raised them in his own home, with Nora.  These are the things that have made me a fan and admirer for all these years (and of course, the music and songwriting, duh.)  His other memoirs have more structure to them and are better reads.  This one is for true fans only.  Purchase HERE