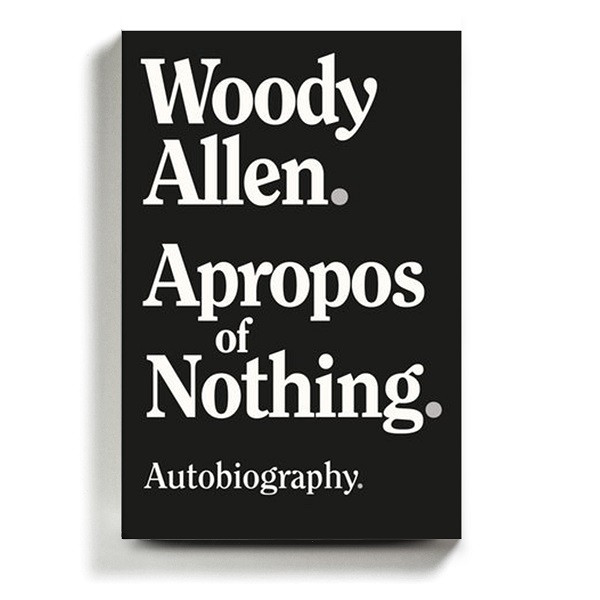 Quick Book Review: “Apropos of Nothing” by Woody Allen

I’ve been a fan of Woody Allen’s films, books, plays, and stand-up comedy for years.  He’s led an interesting life, and I was looking forward to reading his book. Then it was announced that his publisher was pulling out of publishing it, bowing to pressure from the #MeToo movement and others, like Ronan Farrow. I’m a rebellious person by nature, and that goes double when it comes to book burning, so I made sure I got myself a copy.

This is a very entertaining memoir.  We had similar Brooklyn upbringings, and I enjoyed his childhood cultural references. (I’m not sure how many non-Brooklynites would understand when he says that as a kid he could hit a Spaldeen two sewers.)  His early career as a comedy writer, and then as a stand-up comedian, was pretty interesting. Comedy is definitely in his blood.  His writing is hilarious. There’s not a dull moment in the entire 288 pages.  He takes you through every movie he’s made, with lots of anecdotes about his casts and crews. He’s worked with many talented people, and he’s very effusive in his praise of the actors, writers, directors, and musicians he admires.  His marriage to Louise Lasser was a crazy rollercoaster, and his stories about her were fascinating.  He’s a great writer and it shows here.  His prose is fabulous, peppered with jokes, puns, and one-liners in his classic style. The writing is very conversational.  It’s as if he’s sitting across from you at a table in a café, chatting.  He truly doesn’t care what people think about him at all. He doesn’t care about reviews, has no interest in any awards, and after he makes a film he never watches it and never thinks about it again.  He’s also his own worst critic, never fully satisfied with his work and always looking to improve it.  He does spend a significant portion of the book discussing, in great detail, the molestation charges brought against him by Mia and Dylan Farrow. 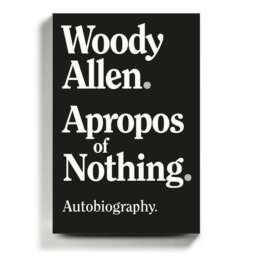 “Apropos of Nothing” by Woody Allen