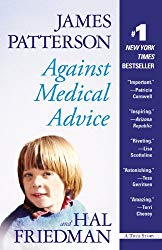 The ultimately triumphant tale of a child, Corey Friedman who, at a young age, developed Tourette’s syndrome, obsessive-compulsive disorder, and anxiety disorder, all of which combined to make his life a living hell.  After trying nearly every psychoactive drug imaginable (and suffering terrible side effects) and struggling terribly through setback after setback. He manages, through sheer will and determination, to get some control over his condition on his own, and manages to reach a point where he can function pretty well on his own in society.  Unfortunately, the triumphant part comes way at the end of the book, making for a pretty depressing book.