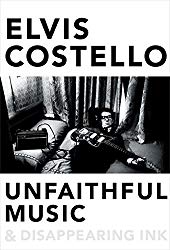 A long, detailed autobiography by a performer I’ve always liked, even though I haven’t kept up with his career. Elvis’s father was a very accomplished musician, and I enjoyed hearing about Elvis’s musical upbringing, and his early years at Stiff Records and on the punk scene. Elvis has very broad musical tastes, and he describes encounters and collaborations with George Jones, T. Bone Burnett, Burt Bacharach, Johnny Cash, Paul McCartney, Bob Dylan, and many, many others. This is not a wild sex and drug autobiography. It’s a thoughtful, well written account of his life, with the main focus being on his love of songwriting. He’s not only a great songwriter, but a great writer in general, and some of the stories about his family, especially his father’s physical decline and eventual death, were very moving. The book was very long and some sections were a little dull, but overall it’s an excellent book.