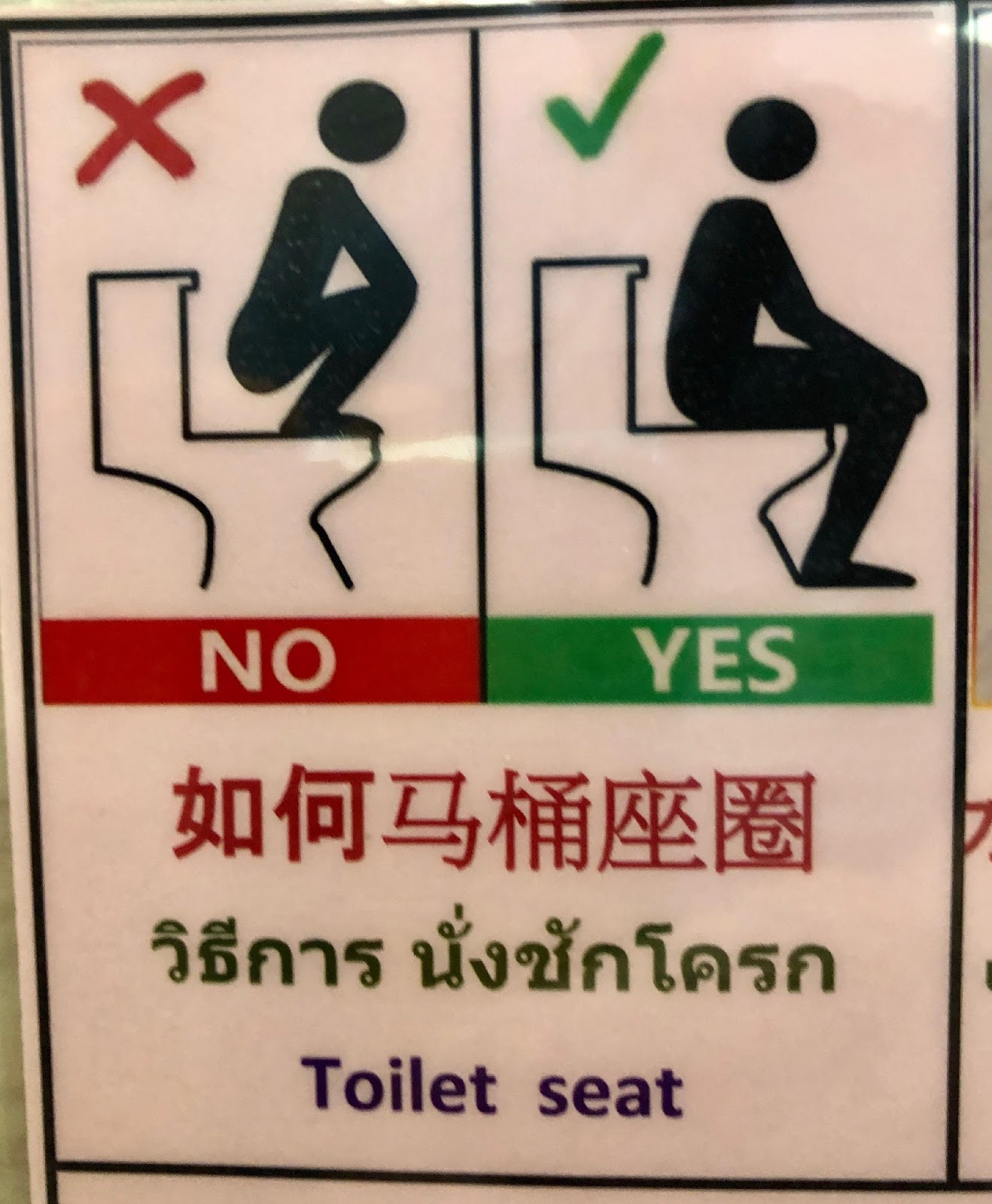 How I Spent My Winter 2019 Pt.5 – Bangkok (Medical emergency in Thailand? I recommend Bumrungrad)

The third and final day of the Bangkok leg of my trip was to be devoted to the massive Chatuchak Market.

I had visited it with Mark several years before, and the experience stayed in our heads for years.  It was a total shopper’s paradise.  The market is absolutely enormous. It is divided into sections (I’m not sure how many; I saw at least 16), and each section contains hundreds of booths.

I suppose clothing is the main seller, but you can find shoes, pillows, statues, incense, books, housewares, religious items, and everything else under the sun.

Clothes range from cheap t-shirts to high-end designer duds.  They also sell food; lots of food, in an enormous food court. I got there around 10:30, and ended up staying for three hours.  I didn’t realize how much time had gone by.  You just start wandering through the maze of vendors, and it just keeps going and going and going, and you get sucked into it. It’s like scrolling through your Facebook feed.  You just keep doing it and doing it, and new items appear, and you get caught up in it, and before you know it, hours have passed.

I realized it might be time to leave when I suddenly noticed that my feet were killing me.  I had been walking through this labyrinth pretty steadily, with no break. Finding the exit to this enormous place was a bit tricky, and I made a few false turns, which just exposed me to even more vendor stalls.

I passed by the restrooms and saw an interesting sign.

Do enough people really adopt the first stance depicted on the sign that a sign is necessary to ask them not to? And why is the first stance forbidden?  Would it cause the toilet to break? Are people complaining about footprints on the seat?

I finally saw the exit.  On my way out, I passed a kid who was earning tips with just his feet and a roll of toilet paper.


I exited the market and wove my way back to the train station, and decided to visit Lumphini Park to relax.  The park is only two train stations from my hotel, and I recalled from the last time we were in Bangkok that the park had a fair number of stray cats wandering around in it.  I navigated to the park, where there were some vendors selling cold water near the entrance.

I bought yet another bottle of water and headed in.  I immediately saw a cat off to the side on the grass, and I went over to it.  I sat on the grass and relaxed, and this cat happily sat with me and kept me company.

She left after a few minutes, and I went further into the park to find a nice bench.

I passed a section of the park where there was workout equipment, and several guys pumping iron.  They provided some nice scenery as I sat around and cooled off.

I relaxed a bit more in the park, and then the mosquitoes started to swarm and bite. I was scheduled to fly to Chiang Mai the next day to start my feline spay/neuter project at the World Veterinary Service International Training Centre, so I figured I’d leave the park and do some leisurely packing, and then rest up before the short flight the next day.

I got back to the hotel room and went to the bathroom.  I could see that there was blood in my urine.  After I urinated, pain began to flare up in my right kidney.  I silently hoped that this twinge of pain would quickly subside, but the opposite occurred.  It slowly got more and more intense.  It was very reminiscent of the pain I experienced about ten years before, in Buenos Aires. I lay down on the bed and tried to get through it, but it just intensified.  It felt like someone had cut open my abdomen, reached inside, wrapped his hand around my right kidney, and began to squeeze it like a vise.  I texted Brad, and he video-called me on WhatsApp.  He found me writhing and screaming on the bed, while trying to deny that I needed to go to the hospital. He said that it was clear that I needed medical attention. I just lay there, writhing and groaning.  Brad placed a second call to my partner Mark. I had never made a video call to Mark on WhatsApp, and Brad wasn’t sure if Mark would even know this was a video call.  Mark answered and was surprised to see Brad on the line.  He gave Brad a friendly greeting. Brad pointed out that I was also on the call, and Mark asked what was going on. Was I okay? “No”, I groaned. Mark knew right away what was happening, having been through this with me in Argentina, Chile, and Myanmar.  I didn’t want to admit that I was sick enough to require hospitalization, and I didn’t want to miss my flight to Chiang Mai.  I was looking forward to this project for weeks. But there was no denying it. I was in complete, total agony and needed medical attention.  A few days before, when I had mentioned the kidney pain I had experienced the afternoon of my first day in Bangkok, Brad did some online sleuthing and discovered that Bangkok had a world-class medical facility called Bumrungrad that many foreigners have visited. (If you’re ever looking to have Kidney Stones in Thailand, Bangkok’s hottest hospital is Bumrungrad!) I had told my friend Udi about my problem, and he spoke to some friends of his (he was in Vietnam, vacationing), and he sent me information on two hospitals, one of which was the same one Brad recommended.  So when it became clear that I would need medical intervention, I looked up Bumrungrad hospital and was surprised and relieved to see that it was only an 8-minute walk from the hotel.  I pulled myself together and faced the possibility of a hospital stay. I threw some toiletries in a bag, grabbed my phone and a charger, and tried to take a quick shower before heading to the hospital. Amazingly, the horrible cramping pain subsided under the hot water of the shower, and I was able to pull myself together and start walking toward the hospital.  The walk wasn’t that difficult, with the pain having abated, down to a dull cramp. About a minute from the hospital, however, it increased in intensity, and when I got to the emergency room desk, I told the receptionist that I was in major pain from what I was certain was a kidney stone. They checked me in quickly and I was taken to the emergency room, where I was taken to a bed. The writhing in agony soon began, and a kindly female doctor came in.  I told her what was going on, and a nurse was sent over, an intravenous catheter was placed (in my left hand), and I was given some morphine.

Over the next 30 seconds, the pain subsided.  A CT scan was ordered, and I was taken to the scanning room.  About 90 minutes later, the doctor said that I did indeed have kidney stones and that they wanted to admit me.  I agreed. They asked, very humbly, for a deposit. I gave my credit card, and they charged 80,000 baht as an initial deposit.  At the present exchange rate, that was $2547. I was given a choice of a shared room (less expensive) or a private room. I chose the private room.  An attending doctor came in and showed me the CT report, and told me that I had three stones, all on the right side.  Two were toward the very end of the ureter, appearing as if they were about to slip into the bladder.  They were both 4 mm in diameter. One stone, in the kidney, was 6 mm. They admitted me to the hospital for intravenous fluids and pain medication, and a few blood and urine tests. I would speak to the urologist the next morning.  Stay tuned for more tales of woe.